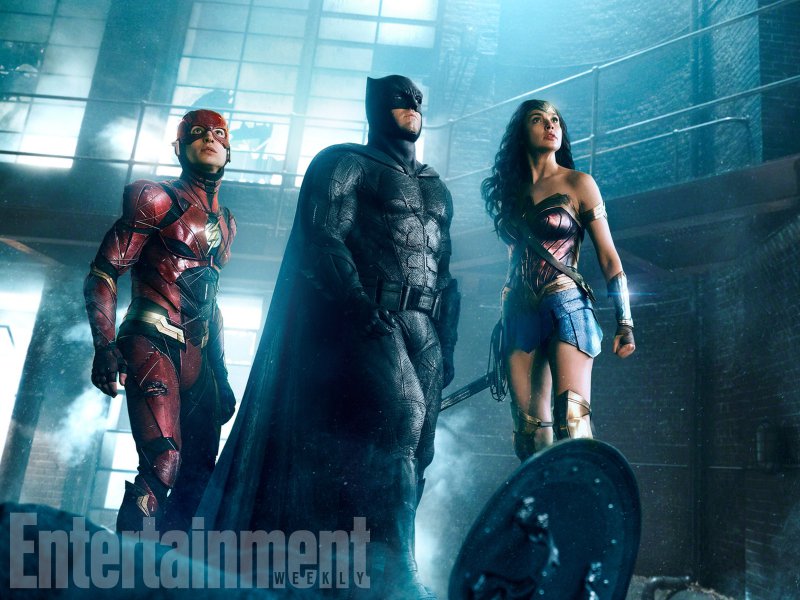 Entertainment Weekly has a great new pic from the set of DC’s upcoming superhero team-up extravaganza Justice League. Better still is the context to go along with the dazzling- albeit vague image.

According to ComicBook.com, the image, consisting of Batman, Wonder Woman and The Flash, is set in a ventilation shaft on or near Stryker’s Island somewhere in Gotham. The trio has come together in order to scope out Commissioner Gordon’s (portrayed by JK Simmons) report of a Parademon nest in the vicinity. The image seems to take place after a large battle and the heroes are in fact standing atop what remains of Batman’s new four-legged crawler vehicle. We are left to wonder exactly what has so completely captured the attention of the three heroes. One possibility is that this is the sequence that draws Jason Momoa’s Aquaman into the fray, and that he is the cause of Wonder Woman’s shield being tossed aside so carelessly.

ComicBook.com was also able to confirm that this image seemed to fit with concept art that showed the three heroes standing on top of the “Bat-Crawler.”

At roughly eleven months out, the enormous ensemble cast for Justice League is due to hit theaters November 17, 2017. Keep it tuned, same bat time, same bat channel, for additional images and details as they become available.