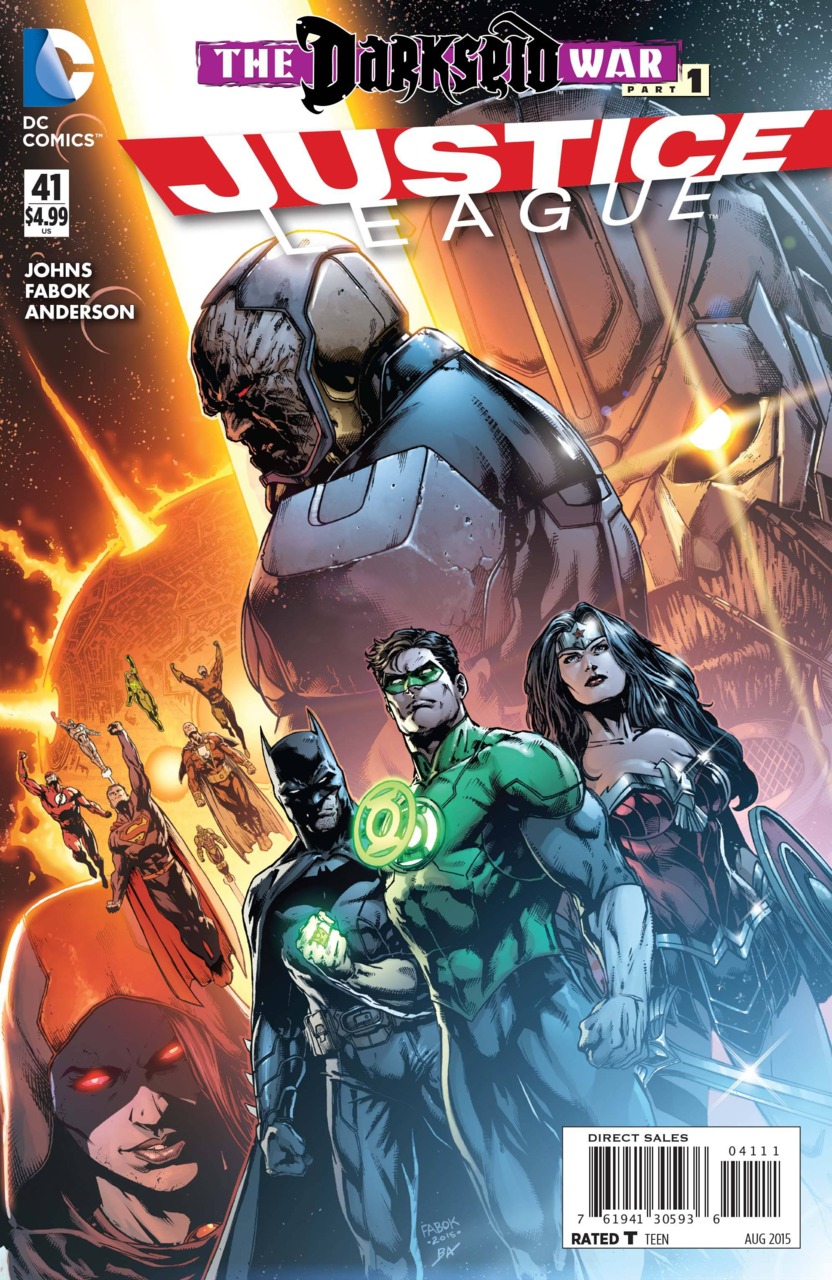 DARKSEID WAR begins in earnest this month and for everything that CONVERGENCE wasn’t we can only hope that this story will be.  This issue serves as an introduction, or a reintroduction to a lot of the main characters that will be involved. Beginning with the tale of Scott Free, revisit and redesign the young child of the Highfather that was previously shown in the prologue. Sent to live on Apokolips in an exchange of sons to prevent a cataclysmic war between Darkseid and Highfather, the young boy has grown up to become Mister Miracle.

This is an old character from the New Gods mythology, but Johns gives him a fresh look and a simplified back history to bring the character up to date. That could upset a few fans, but it works well to introduce the players and their roles quickly, and keep things rolling. Last issue, we got an outsider’s perspective of the impending war through the eyes of Metron. Now, we get a sense of the situation from an insider’s point of view through Scott Free. A problem this large calls for help from the group that defeated Darkseid the last time–the Justice League!

As the story progresses, the focus switches over to the Justice League through Wonder Woman’s narration. The League is investigating a homicide after tracking a Boom Tube being used at that location. Due to some of Cyborg’s alien technology originating from Apokolips, he can sense whenever the Boom Tubes open. The use of Mother Boxes is what has the JL interested in a murder case.

The crime scene serves as a perfect background to reintroduce the members of the JL. The calm setting allows each character to be introduced and showcase their personality. Fabok illustrates the Flash in various places throughout the panels. Seems kind of risky to travel at such speeds at a crime scene.

Before the League or the readers has a chance to ponder what’s going on, the mysterious femme fatale, Grail makes her dramatic entrance (and boy, what an entrance it was). With the element of surprise, she begins to make short work out the JL as they try regroup and figure out exactly who is their assailant. With a few members down and Superman and Lex elsewhere, Grail singlehandedly ushers in the arrival of the Anti-Monitor.

The story switches between the League vs Grail, Superman and Luthor visiting Neutron, and Mister Miracle returning to Apokolips. Scott Free comes face to face none other than Darkseid. The dark lord doesn’t appear bothered by Scott’s presence. He easily neutralizes Mister Miracle who barely escapes with his life. As for Superman and Lex Luthor, they have their hands full trying to discover who put a price on Luthor’s head. They’re scenes together are very tense, funny, and jaw-dropping, simultaneously.

Superman doesn’t trust Luthor at all, so their back and forth banter is entertaining. A prime example is when Superman tells Luthor to put up or shut up and cure cancer. Of course Luthor obliges. That man’s ego knows no limits. Too bad that same ego results in him catching three bullets. From his sister, no less.  This scene was no less than jaw dropping but also know there is no way that this is the end of Luthor as he will be in future issues.

This story was nothing short of brilliant. I absolutely loved the scene where the league was together investigating the murder scene. The whole tone of the book is Johns at his best and reminds me of his best stories from Infinite Crisis to Green Lantern Rebirth. I can really feel that Johns is going to knock this one out of the park and I for one cannot wait until JL #43 when Batman sits upon that Mobius chair and sees EVERYTHING like the Divergence preview promised.