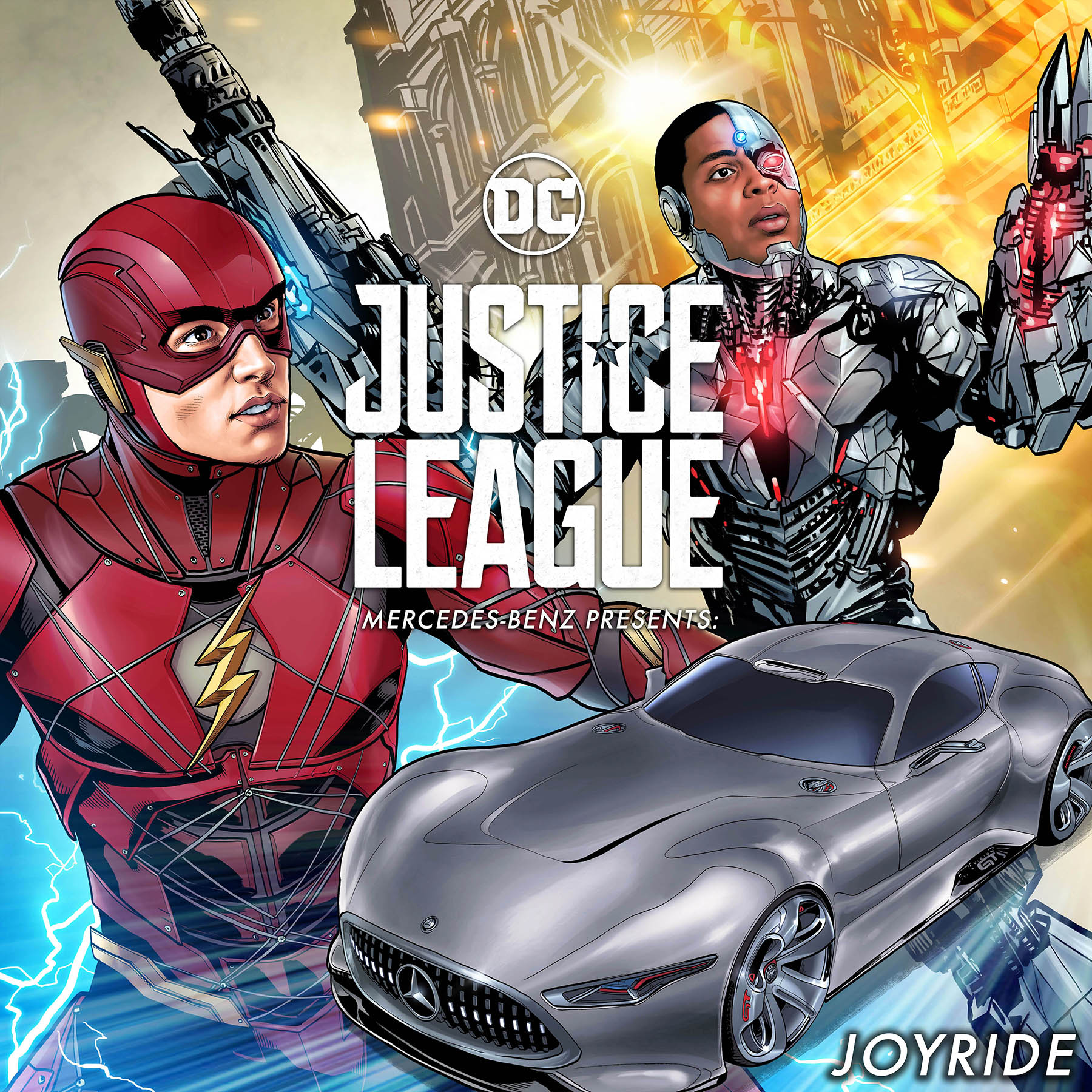 Following their kickoff earlier this month at NYCC, Mercedes-Benz and Justice League are continuing their cross-promotional team-up in a brand new digital comic series written by Adam Schlagman with art by Jason Badower. Available exclusively on the Mercedes-Benz Instagram channel, the series will feature six chapters, each one highlighting different members of the Justice League in their civilian life starting today with a tale featuring Barry Allen and Victor Stone as depicted by Ezra Miller and Ray Fisher. In the coming weeks leading up to the film’s release, new comics will feature Diana, Bruce, and Arthur all drawn to look like their cinematic counterparts and all in stories with an expected focus on the cars they drive.

What do you think of this promotional partnership? Let us know in the comments below.