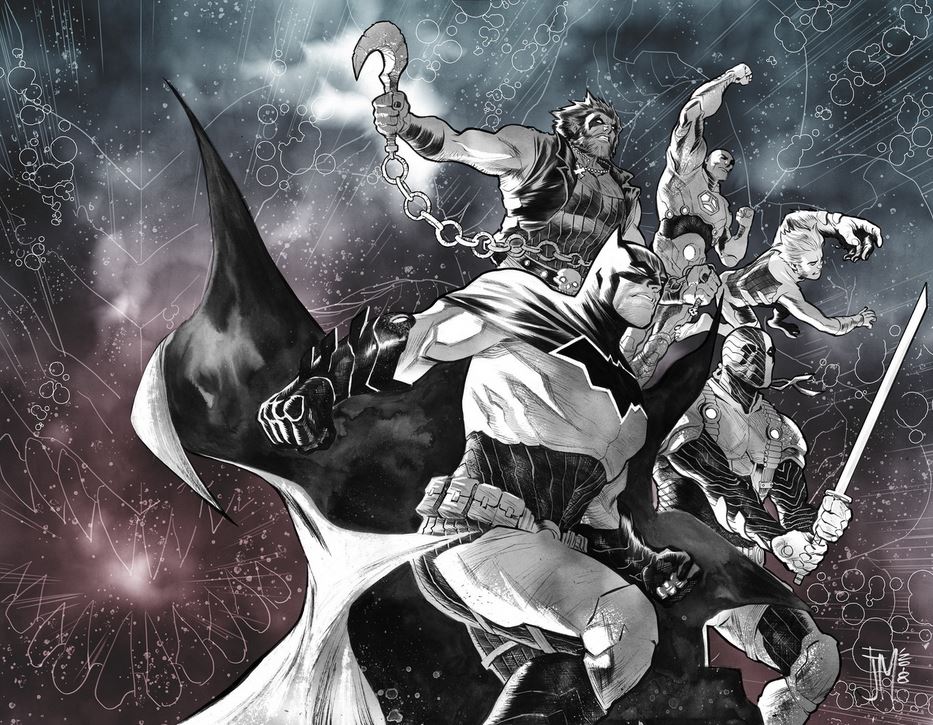 This May, the Justice League are about to get their own team of superstar writers when  Scott Snyder, James Tynion IV and Joshua Williamson come together with artist Francis Manapul to release Justice League: No Justice, a four-issue miniseries spinning off from the events of Dark Nights: Metal. Releasing weekly, the series follows the theme of epic team-ups by having the League and their greatest enemies joining forces to face an even bigger threat, all spearheaded by Brainiac. According to the official release:

The super-villain Brainiac arrives on Earth with a dire warning for the Justice League: there’s a threat coming to destroy Earth, one that the heroes are ill-equipped to handle.  Brainiac thinks he holds the key to victory, but it means combining members of the League with some of the most dangerous villains in the DC Universe and sending them into battle against this extinction-level menace. The stakes are at their absolute highest; if one of these teams fail. It’s game over.

Justice League: No Justice promises to hit fans with a one two punch of action and fan favorite characters. Manapul says “Anyone who has asked for Harley Quinn, Martian Manhunter, Starfire, Zatanna, the Atom, Raven, or Doctor Fate to be in their personal Justice League will stand up and cheer.” And if that’s not enough of a reason to cheer, the mini-series will lead into Scott Snyder taking over Justice League, and Tynion and Williamson writing other series that will be announced later. It looks like DC is bringing out the big guns to ensure their most popular team remains front and center to the entire line of books.