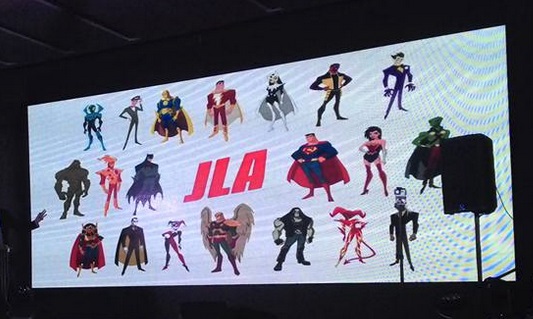 The initial list of characters appearing in DC’s new animated series Justice League Action have been revealed. Following the announcement that the Riddler was joining the cast of villains for the show, the studio brought the images to the Kre8tif! conference in Malaysia, as was spotted by Batpedia.

Looking at one of the images from the tweet, we can see heroes like Shazam, Superman and Batman, while on the villainous side appear Harley Quinn, The Joker and Killer Croc. Are you looking forward to another reunion between Mark Hamill and Kevin Conroy as the Joker and Batman respectively? How is the show lining up for you? Let us know the comment section below: