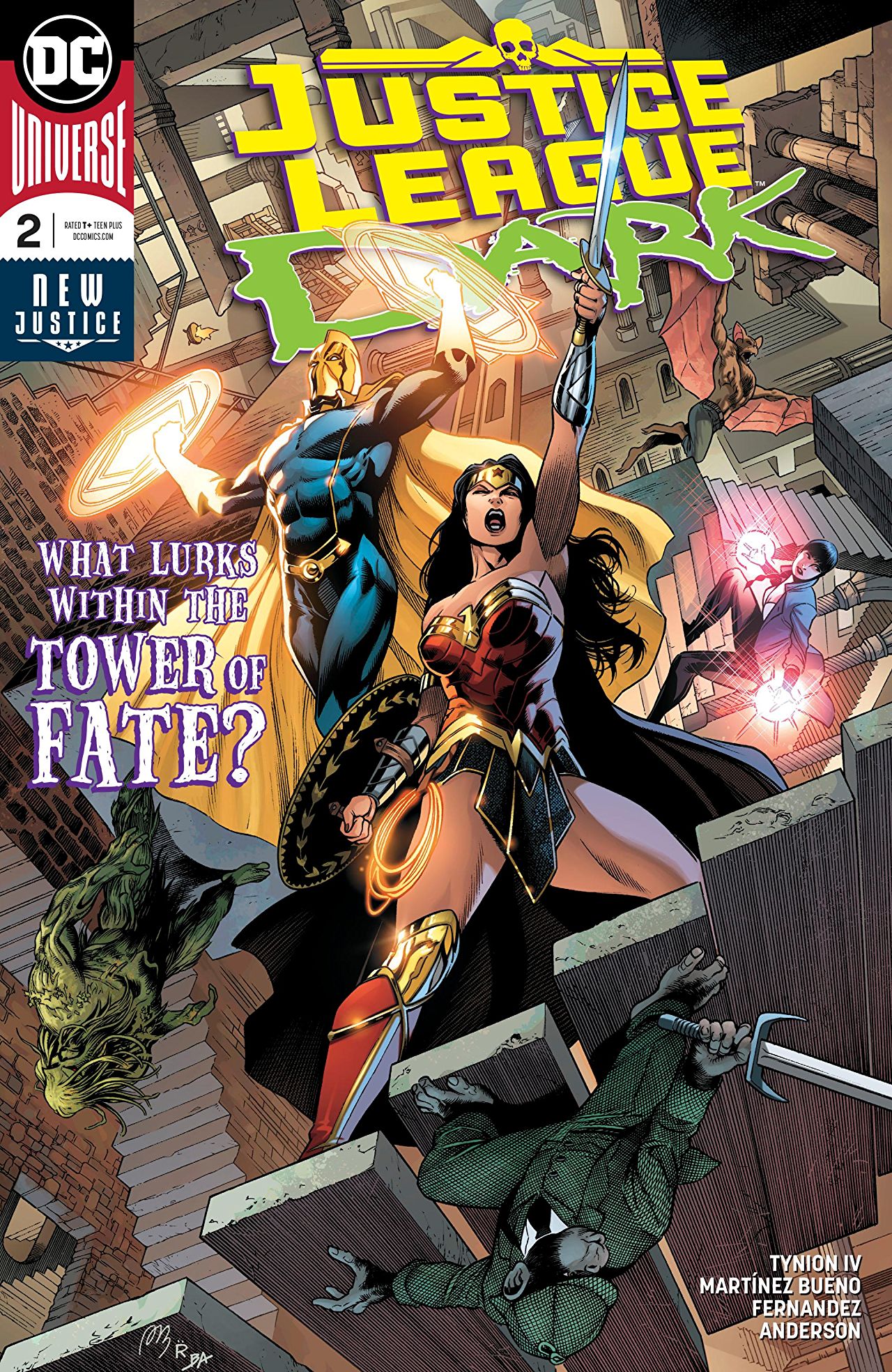 Overview: When Doctor Fate gets involved, it usually is not a good sign.

Synopsis (spoilers ahead): Just like every child, Diana was known to ask many questions. Her mother refused to answer certain ones due to a variety of reasons. Some would be answered when she reached womanhood. Some would be answered in time. But, Hippolyta forbade her to ask about the myth of Chthonian witches who congregated deep within the woods of Themyscira. With a full moon above, a curious, young Diana journeys deep into the heart of the island and stumbles upon their ritual. With music as a catalyst, these nine women dance together, and with each beat of the drum, their bodies merge into one another. Three groups of women now stand, each with three bodies combined with another group of three being summoned from the cauldron. Diana gasped in disbelief – for she had seen the forbidden. The Women from the Cauldron instruct the others to gather her. After Diana was collected, the Women of the Cauldron brand her with their mark.

In the bowels of the Hall of Justice, Diana, Detective Chimp, Man-Bat, Swamp Thing, and Zatanna fight the reanimated bodies of fallen mystics. Once victorious, a tired Diana lifts Zatanna by the collar, demanding to know what she knows – for the last time they spoke she declined to help her.

Zatanna shares that the mystic community does not like when outsiders interfere with their world. In these dire circumstances, however, they must let Diana help. Zatanna states that she had received an apocalyptic warning from her deceased father, Zatara. She states he showed her a vision of the five of them. He said one of them will be the key to magic’s survival or the catalyst for the apocalypse.

Diana apologizes for she is tired and desperately wants answers. She wants to know what is going on, but she is out of her depth when it comes to this weird world of magic. Zatanna shares that she knows of someone who can help them find answers.

When they arrive in Salem, Massachusetts, the Tower of Fate stands before them with the Tree of Wonder in its shadow. When Doctor Fate opens a portal to let the group pass, Swamp Thing lets Zatanna know that there is something wrong with the Green. The same roots that touched the cadavers emanate from the Tree of Wonder, and he must investigate.

When the rest of their party enters the Tower, Doctor Fate greats them – although clearly annoyed. He scolds Zatanna for bringing outsiders into their world to deal with this crisis. Diana responds that they are not here to disrupt but to understand. She asks Fate what is going on, and he responds that all of what is happening is pure chaos. Zatanna states that they wish to speak with Nabu himself, not with Kent Nelson. He transports Diana and Zatanna to a more private place, for the others are not fit to hear the mysteries of magic.

Nearby the Tree of Wonder, Swamp Thing sits and stares at its beauty. Of all people, John Constantine arrives and begins to make fun of him for his upcoming retirement. He had thought Alec would have had a longer run as the “Guardian of the Green” before he joins the Parliament of Trees. He tells him that he cannot quit, especially now when Diana and her team are relying on his help. Swamp Thing responds that Alec Holland has never felt as out of touch with humanity as he does now. He has given everything as Swamp Thing to be the Green’s protector, only to see more disappointing and horrifying acts committed by the people’s of the world. He is tired of being a protector to a world where its people continually repeat the same mistakes of their past. John tells him that the last time something this apocalyptic happened he had his friend by his side. He hopes Swamp Thing could stand by him this one last time.

Deeper within the Tower, Diana again asks to speak with Nabu himself for guidance. Before Kent obliges, he tells them the origin of magic. The first Lords of Order were the first to harness magic. The Lords bounded themselves to inanimate objects that could handle magic’s immense power. Little did they know this primal void where magic entered the natural world is coming back to claim what is theirs. Diana acknowledges that the beginning of this conflict has started and they need Nabu’s help.

He tells her that Earth has been sick a long time. Diana figures out they have been talking with Nabu the whole time. She questions why he would allow the corruption of magic to continue. He shares that it is time for magic to end, and that is why he has opened the door for The Otherkind to take it back. He sends them away from the Tower into a completely black room. Just as they regain their bearings, they see a faceless, upside down man staring at them.

Analysis: The synopsis is a bit longer than I had hoped, but this issue is too rich for a fluff review.

I have loved everything James Tynion, IV has touched, but I am beginning to believe JLD is the beginning of something great. One can see the thought and detail he has put into this issue. He has made me a fan of a genre that I usually do not like. I am not one for stories that delve into mysticism and magic. I have degrees in math and chemistry; it should be obvious I have a love for the science. Science has laws and order, and magic clearly does not. But, Tynion has written a story that is truly engaging. If he can get me to like this comic, then I promise you it is worth your time.

There were some freaky parts of this story. One of those parts was the beginning with the three-in-one dancing women in the forest. That was just plain weird. Tynion mentioned a while back that the villain of JLD will be The Upside Down Man. Yes, the name is cheesy. No, he is not a joke. That dude is creepy.

Now, there are many who are upset about Swamp Thing retiring. (If you want to know about him as a character, click here.) His explanation makes complete sense though. He is tired of sacrificing himself when clearly humanity will not learn from its mistakes. Why should he keep fighting for those who do not care? John Constantine, of all people, reminds him of why they do what they do. Hopefully, Swamp Thing finds retirement boring and rejoins the JLD in their fight against The Otherkind.

Nabu makes the same case as Swamp Thing for allowing The Otherkind into this world. (If you want to know about him as a character, click here.) He states that this world’s innate nature is chaos. The second law of thermodynamics states that the state of entropy of the entire universe, as an isolated system, will always increase over time. Humans only add to the chaos. He is tired of seeing this world become more chaotic.

It makes sense for Nabu to act this way. There is something called the Sunk Cost Fallacy. This cognitive bias states: the most logical decision in a situation where you continually pour in more resources into a failing project because you already have much invested is to not invest anymore and start over.

For Nabu, this is the most orderly thing to do.

The art in this issue is awesome. Alvaro Martinez Bueno and Brad Anderson drew and colored a beautiful issue that had its moments of just insane panels. Each of the characters’ face looked real. The Tower of Fate and Fate himself looked amazing. The Chthonian women looked creepy. I could keep going, but this art is just plain great.

Final Thoughts: Tynion has made me a fan of this title, and I cannot wait for issue #3.