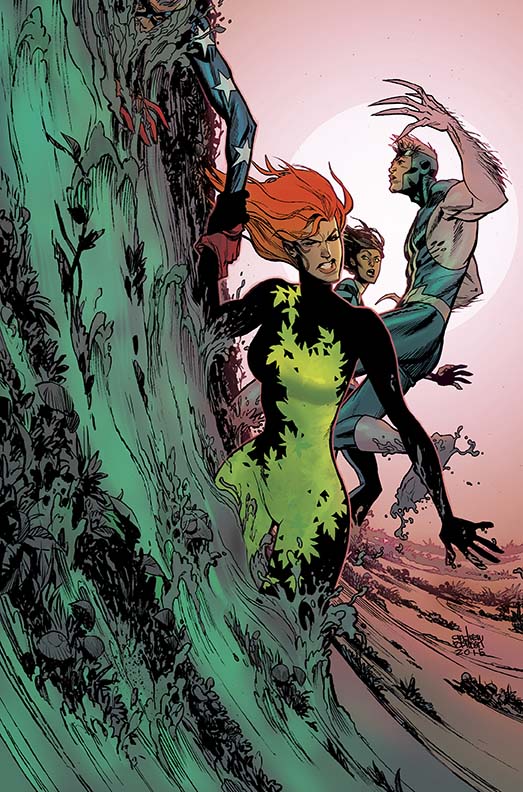 Also amongst the announcement of the new creative team, comes an addition to the team in the form of Poison Ivy among other characters. Ivy who has previously been a member of the Birds of Prey team, and most recently was announced to be a part of the new lineup for New Suicide Squad back in February, will also appear in issue #11 of Justice League United.

Review: The Next Batman: Second Son #4

Review: The Next Batman: Second Son #3