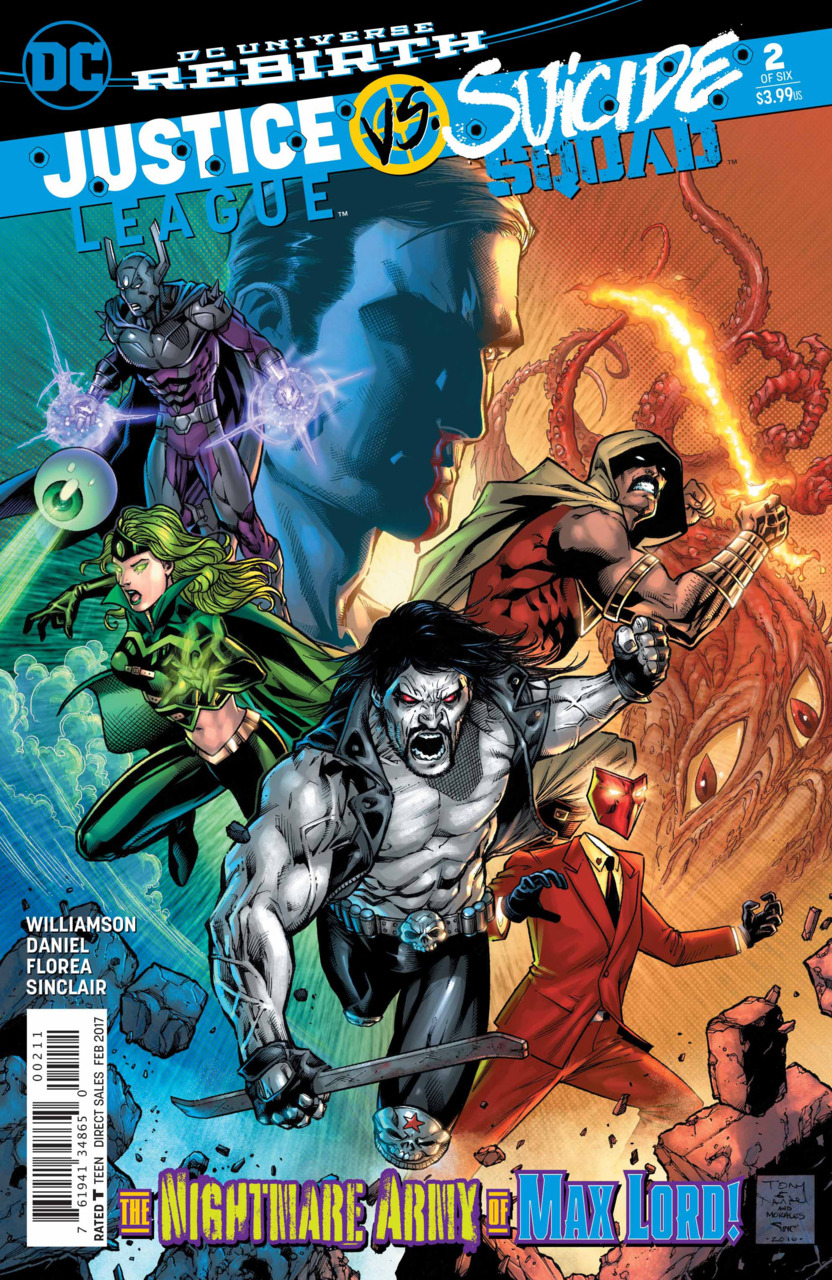 This second issue is more or less an extended fight sequence between the League and the Squad.  Writer Joshua Williamson has a good handled on who the characters are and does a good job of giving everyone a moment to shine before moving the story along. Captain Boomerang essentially giving up and spilling his guts to the Flash about the Suicide Squad was a nice touch, as was the fight between Croc and Aquaman. I also appreciate the conceit from the creative team that in a straight fight, the Squad isn’t really a match for the Justice League.  No offense to Harley Quinn and her fans, but she’s not much of a threat to someone like Wonder Woman and it’s nice that it is acknowledged. Williamson does a good job of writing around this problem by including Killer Frost in the fight and giving a plausible reason for the Justice League to be taken out.  Having the League be captured by Waller is a nice touch and it will be interesting to see how the League reacts to being indoctrinated into Task Force x.  A fight against the Suicide Squad is really the Justice League vs Amanda Waller so having them be captured and forced into service is a nice way of making Amanda Waller even more of a threat.

The story’s presumed main villain, Maxwell Lord spends his time this issue convincing the super villains he broke them out to help him attack Waller.  We don’t really find out much about his motivations as of yet other than some cryptic talk about saving the world.  Interestingly enough, in their conversation there are references to the DCU having been manipulated and time being missing, picking up on the mystery from DC Universe Rebirth #1, which was unexpected. There’s no new information given about this mystery.  It will be interesting to see if these references are something that will continue throughout this story or if this is just marketing from DC editorial for some future story.  Maxwell Lord also continues to have nose bleeds while he speaks to his new team, which may indicate that despite his denials, maybe he’s exerting some kind of mind control over this group of villains.

The art by Tony S. Daniel does a great job of keeping the story going and handles the action well. It’s one of those things in a weekly event.  In a perfect world it would be better if a single artist was handling the entire series and it would have been nice if DC had given proper time to the series to make that happen.  At the very least Daniel’s style compliments Jason Fabok’s work from the last issue and while you can still see the seams from one issue to the next, the difference isn’t jarring.

Over all, this is a great second issue with a compelling ending and I’m looking forward to where this story goes next.