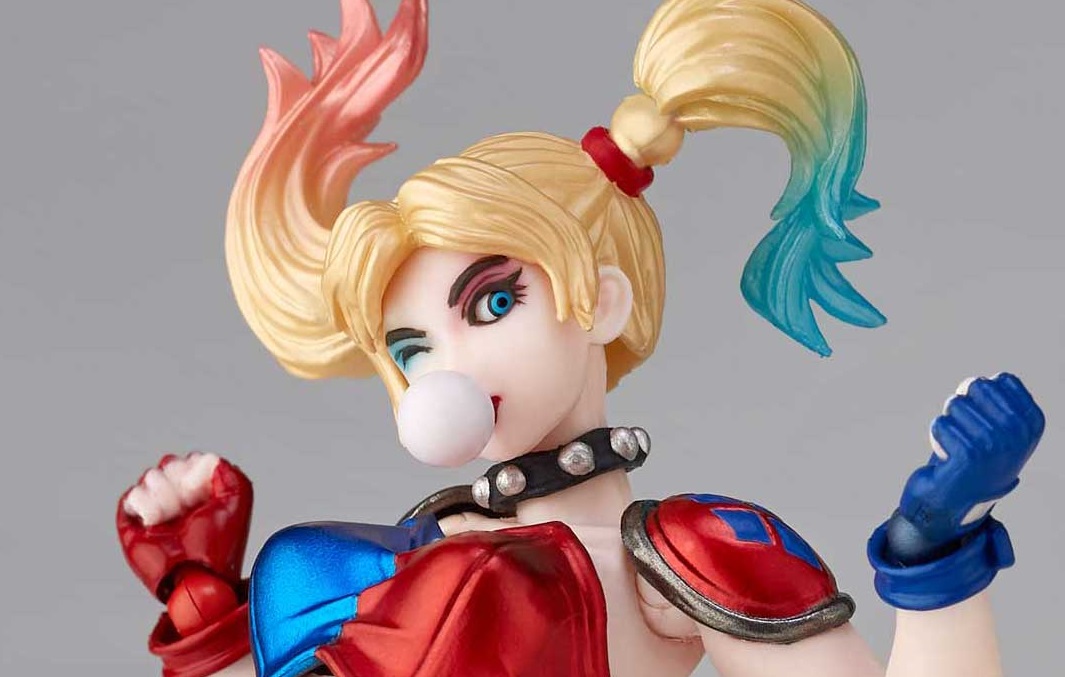 Kaiyodo has released details for a re-release Amazing Yamaguchi Revoltech figure, which features Harley Quinn in a new paint deco. The figure measures six inches tall and features forty points of articulation. It is priced at around $70 and is expected to ship in December 2020. You can preorder the figure directly at Kaiyodo’s website.

One of DC’s most popular villains, Harley Quinn, is back in a new outfit with red and blue costumes and new face parts!

A wide range of motion is secured by the joints placed in exquisite positions by Katsuhisa Yamaguchi, a movable magician proud of Kaiyodo. From action poses that use the whole body to cute and comical poses, you can pose a wide range of poses according to your play value!

The characteristic 2-tone costume color of the New 52 version is reproduced in [Red x Blue]! With the exquisite luster and texture of red pearls and blue pearls, it is pop and badly cute and finished in Harley.

The optional face comes with an inflated expression of chewing gum with a planned face and new modeling. The eyeshadow coloring has been changed to match the costume, making it even cuter! All face parts use movable eyeballs, expanding the range of play value.

A wide range of optional parts! A large hammer and bat that often appear in the play are also included in new colors. As well as armament, both parts can be attached with onomatopoeia effect parts with a comic taste, and you can produce a comical expression as if you jumped out of the comic.

In addition, roller skating parts that can be replaced with boot parts are also included. The twin tails can be moved according to the pose by connecting the joints. Harley’s crazy and energetic atmosphere is further enhanced.

Enjoy “Harley Quinn” that fascinates you with the small devilish cuteness and the range of movement of the threat!