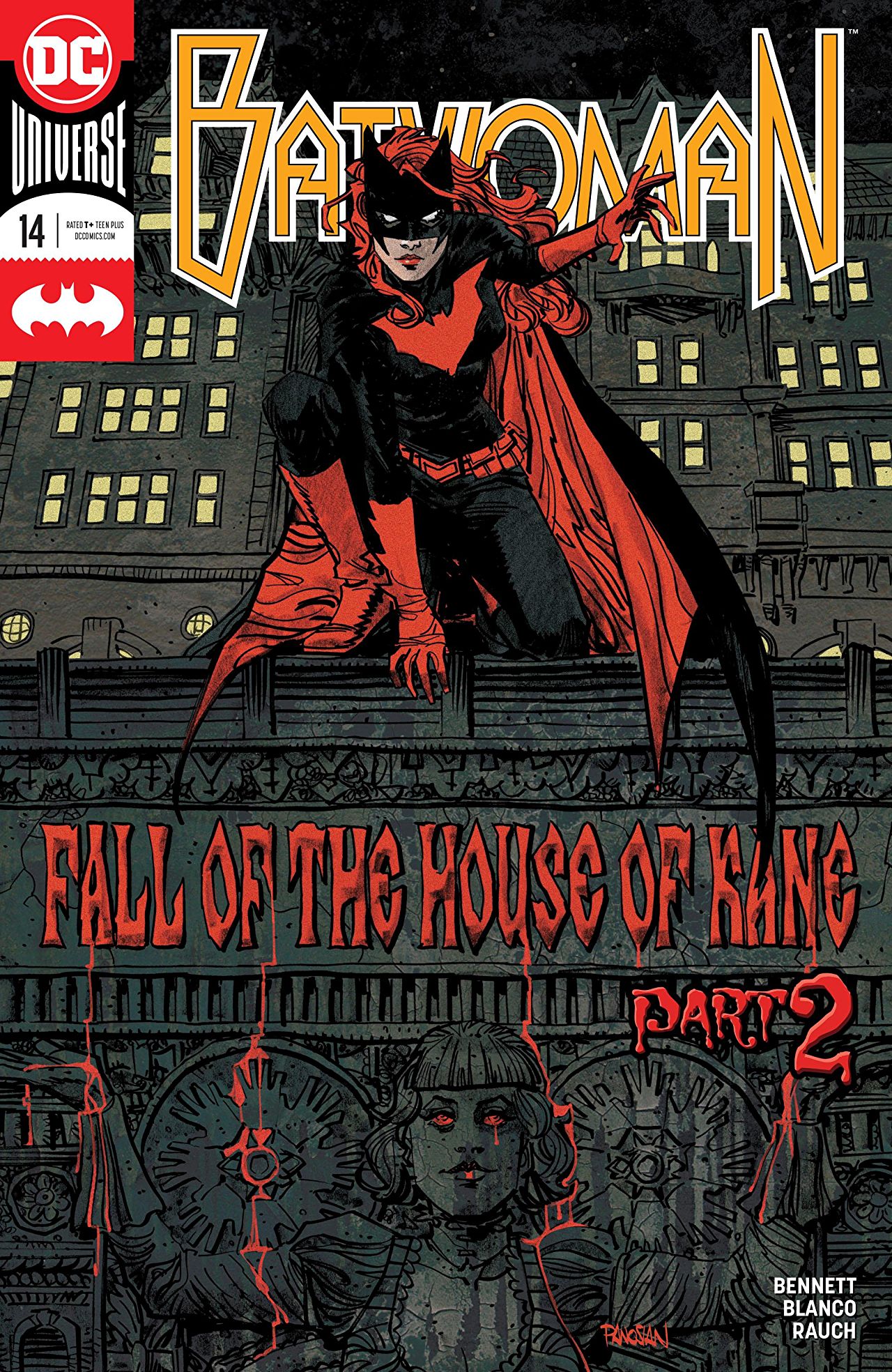 Synopsis (spoilers ahead): On board the Many Arms of Death airship, Alice gives the twins a green concoction which causes their internal organs to herniate. Alice slowly drifts back to her Beth form, and she is confused why she is not in the sanitarium. Tahani reassures that she is safe and injects her with a chemical that reverts her back to Alice. When the twins’ insides explode (I know it sounds crazy, but the panel is awesome!), Alice changes her bloodied outfit and mentions that Kate is coming.

While Kate walks down a dark alley, Julia tells her that pursuing Alice alone is dangerous. Kate states that the Sequoia is parked nearby and Safiyah is in the hold to answer for her crimes. Kate tells Julia that Tahani is the true one in control of the Many Arms of Death and not her sister. Tahani took Beth to hurt Kate. The Lost Year has come back to haunt her; her enemy has been Tahani this entire time. Kate puts on a glider apparatus and flies to the roof where her sister is. She tells Julia that she needs to confront this alone: it all started with her, and it must end with her.

After signing off, a huge hologram of Alice appears. She taunts Kate that Beth is where she left her, in a hellish psych ward alone. Tahani exits her airship and heads to confront Kate. With an awesome looking sword in hand, she impales Kate’s hand when Kate tries to tackle her. With all of her strength, Kate catches Tahani’s Blade inches away from her face and breaks it with her bare hands. Now weaponless, Kate takes this opportunity to defeat Tahani.

During the battle, Tahani taunts her that she is the Many Arms of Death’s ultimate weapon; a greater weapon than the sword, shield, batarang, and bottle. Alice confirms that Kate is the true plague. She states that when Kate and Colony Prime were hallucinating in Scarecrow’s lab in the desert, they failed to notice his experiments. Specifically, they did not see the beast he was experimenting with. This animal has a hundred and fifty different kinds of filth. (e.g. SARS, Ebola, lass virus, histoplasmosis, rabies, and many more) Because Kate chose the bat over family, Alice reveals that a container of bats will spread this plague across Gotham. She tells Kate that she is going to take the one that Kate loves the most, more than her family and Safiyah; she is going to take away the symbol of the bat away from her. She releases hundreds of these bats free into the night.

With the reveal of Alice being the head of the Many Arms of Death, we are able to see her endgame. The organization is not about international crime, it is an extreme vendetta against Kate. I understand why Alice hates Kate, but Tahani’s motivations are not explicit. We know that Kate made her angry with the island and Safiyah, but it seems that she is jealous because Kate caught the affections of Safiyah. I hope her motivations are more fully fleshed out in the coming issues.

The idea that Beth and Alice being the same person is an interesting dynamic. She seems like a mix between Two-Face and the Joker.

It seems that Kate’s lines these days are either self-loathing or say “I need to do it alone.” I want to see Kate be the hero, not a broken person who is just constantly self-destructive. Tahani, Alice, Safiyah, and Julia know this about Kate; I want Kate to see that she more than her failures.

I feel that the writing is inconsistent. Kate’s parts are now monotonous and uninteresting, but the writing of Alice and Tahani is interesting and entertaining. Since it is a monthly book, it seems that this issue has a lot of wasted dialogue. Hopefully, Bennett is able to move Kate past herself and into the hero that she is.

Though the writing is inconsistent, the art has been consistently good throughout this run.

Final Thoughts: Alice’s endgame is the only interesting thing in this issue. My patience with this book and Kate is diminishing quickly. I want to see the strong, heroic Kate from Detective Comics, not the unsure, self-loathing one in this book.