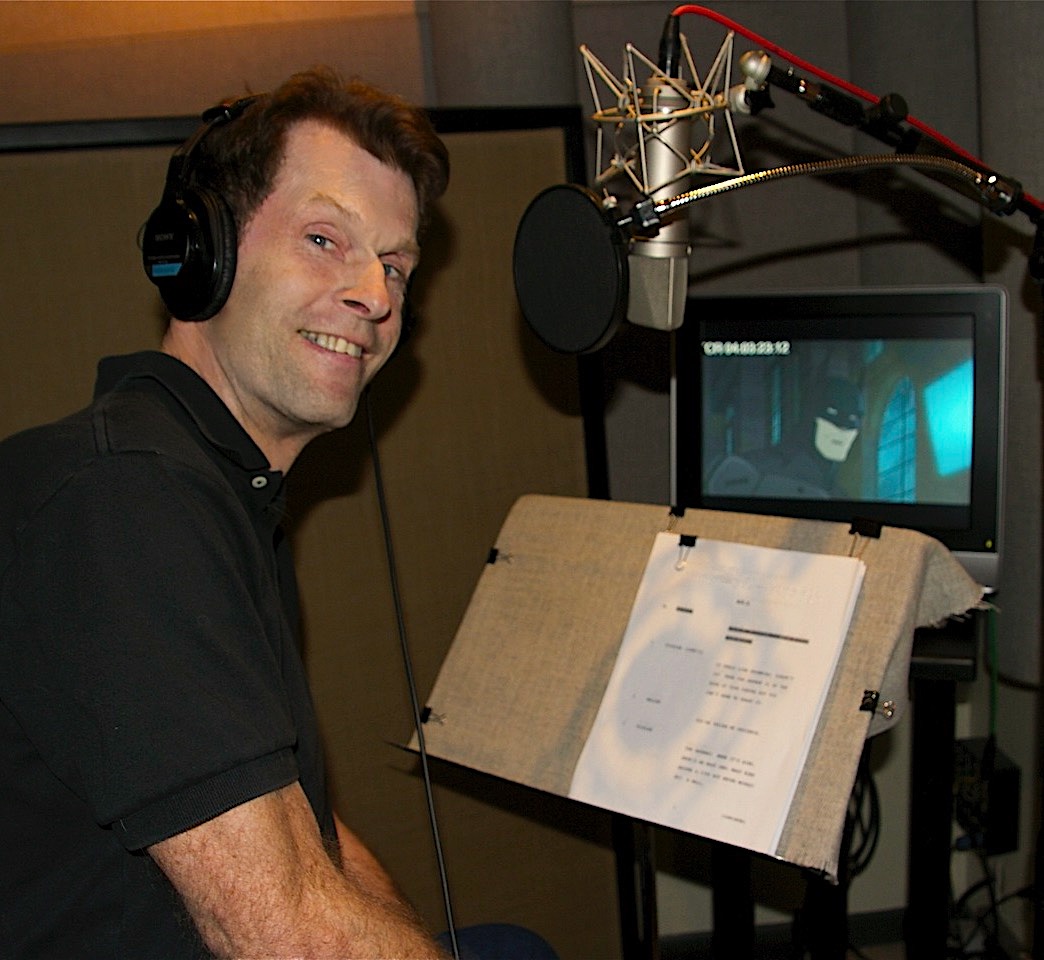 Legendary Batman voice actor Kevin Conroy sadly passed away on November 11. For many, he IS Batman. He has played the character in various forms of media for over thirty years. He is the voice we hear in our heads as we read Batman comics. So for today’s TBU Five Things, I would like to spend some time remembering Kevin Conroy and try to pay tribute to the definitive voice of Batman.

This is probably the line that most people point to when they think of Kevin Conroy as Batman. It came in the first Scarecrow episode titled “Nothing to Fear” from Batman: The Animated Series. Batman is suffering from Scarecrow’s fear toxin and hallucinating about his father calling him a failure. Batman pumps himself up by delivering this line before saving the day and capturing Scarecrow.

The line has become iconic. It was used repeatedly by Cartoon Network in commercials when they started to air the series. Even Robert Pattinson used a variation of it in The Batman. Every Batman actor gets an “I’m Batman!” line, and Kevin Conroy’s is as iconic as there is.

Mask of the Phantasm

I’m sure Kevin Conroy and the whole team behind Batman: The Animated Series never thought they would ever get the chance to work on a theatrical film, but due to their great work, they got their chance in 1993.

For my money, this is Conroy at his absolute best as Batman. He plays every version of Batman/Bruce Wayne in this. Angry Batman (“This madness ends now!” when he first meets the Phantasm). Young Bruce, in love with Andrea. A broken-hearted Bruce at the end when he loses her.

Perhaps the best scene is when Bruce speaks to his parents at their graves. Bruce is conflicted because he is in love with Andrea but wants to keep the vow he made to avenge his parent’s murder. It is an incredibly emotional moment that gives me chills.

More than any other person who has played Batman, Conroy had more emotional moments to play with. This scene and the scene with Ace in Justice League Unlimited come to mind. Conroy always came through in those moments. 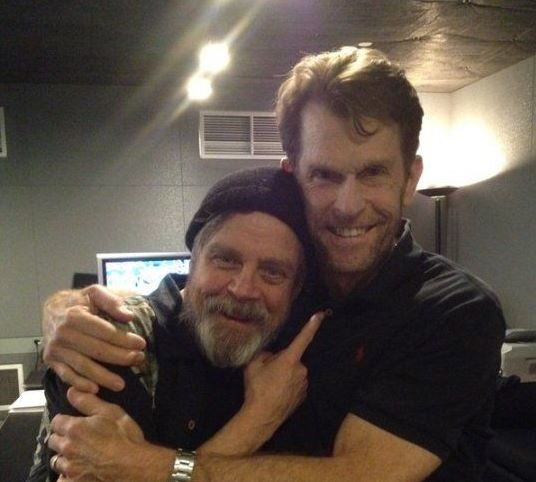 We all know Batman needs a Joker. The yin to his yang, the chaos to his order. Mark Hamill was Kevin Conroy’s Joker. On any list of amazing acting duos, these two belong on the list. I know it is animation, but they had amazing chemistry. You knew when you heard Conroy’s Batman, Hamill’s Joker was never far behind. It is hard to spend time remembering Kevin Conroy and not think of Mark Hamill. They will forever be linked because they took these characters and elevated them to new heights.

One of my favorite Batman/Joker moments is in the “Mad Love” episode. Joker saves Batman from Harley Quinn’s death trap. Joker tries to kill Batman but makes a run for it, and they both end up on top of a train. Batman lets Joker know that Harley came closer to killing him than he ever could and drops a “Puddin” on him, causing Joker to lose it. Just a perfect delivery from Conroy. 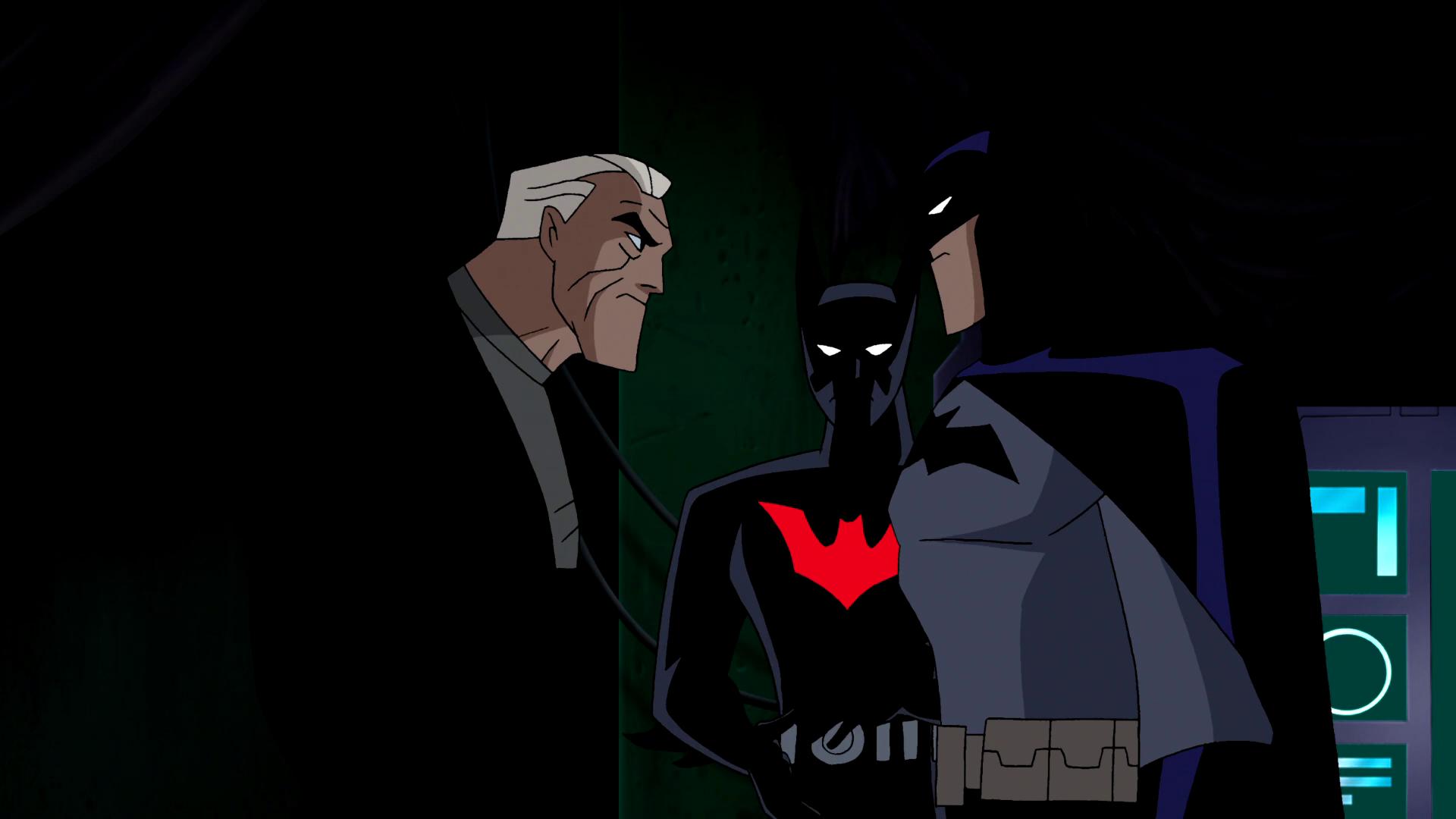 This is from Justice League Unlimited. Batman, Wonder Woman, and Green Lantern are on a trip through the time stream. They end up in the future when Batman meets Terry McGinnis and his future self. It’s a testament to how amazing Kevin Conroy was as an actor, where he could play two versions of the same character at the same time. To be able to play prime Batman and old Bruce and not make it seem goofy is amazing.

It is a trick that Conroy did a few times. In the Mad Hatter episode “Perchance to Dream,” Conroy voiced Batman, Bruce, and Thomas Wayne all in one episode. It is a skill that I don’t think many voice actors could pull off.

One of the great Batman moments. In order to save Wonder Woman from being stuck as a pig forever, Batman makes a deal with Circe. Batman sings “Am I blue?” in front of a nightclub and crushes it.

Yes, that is Kevin Conroy actually singing. What made that era of DC Animated Shows so great is their ability to balance the serious with the fun, and Kevin Conroy embodied that. He could have an emotional scene at his parents’ grave but then sing the blues at a nightclub.

After Batman sings, Zatanna asks if there’s anything that he can’t do. As Batman, there wasn’t anything that Kevin Conroy couldn’t do. He was Batman.

What are the ways you would like to spend remembering Kevin Conroy? The legend will not soon be forgotten, and the legacy he leaves behind will last forever in the hearts and minds of Bat-Fans. RIP Kevin Conroy. Thank you for everything.