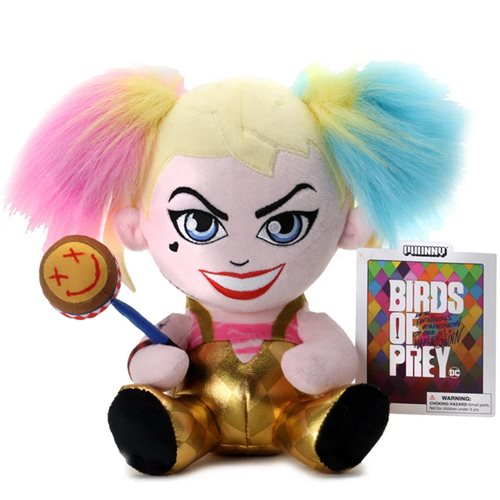 Kidrobot has released details for their latest Phunny plush, which features Harley Quinn from the Birds of Prey film. The stuffed plush measures eight inches tall and the plush holds Harley’s signature mallet while wearing the costume found in the majority of the film. It is priced at $16.99 and is expected to ship in October 2021. You can preorder the plush either from Entertainment Earth or directly from Kidrobot.

Just in time for the worldwide release of Birds of Prey (and the Fantabulous Emancipation of One Harley Quinn), Kidrobot has teamed up with DC Comics to create the DC Comics Birds of Prey Harley Quinn Plush Phunny by Kidrobot. Complete with a checkered outfit and pink and blue hair, Harley sits at 7” high and keeps a firm, right-handed grip on her signature hammer “Beatrice.” This might be the only time you can ever get away with calling Harley “Soft.”