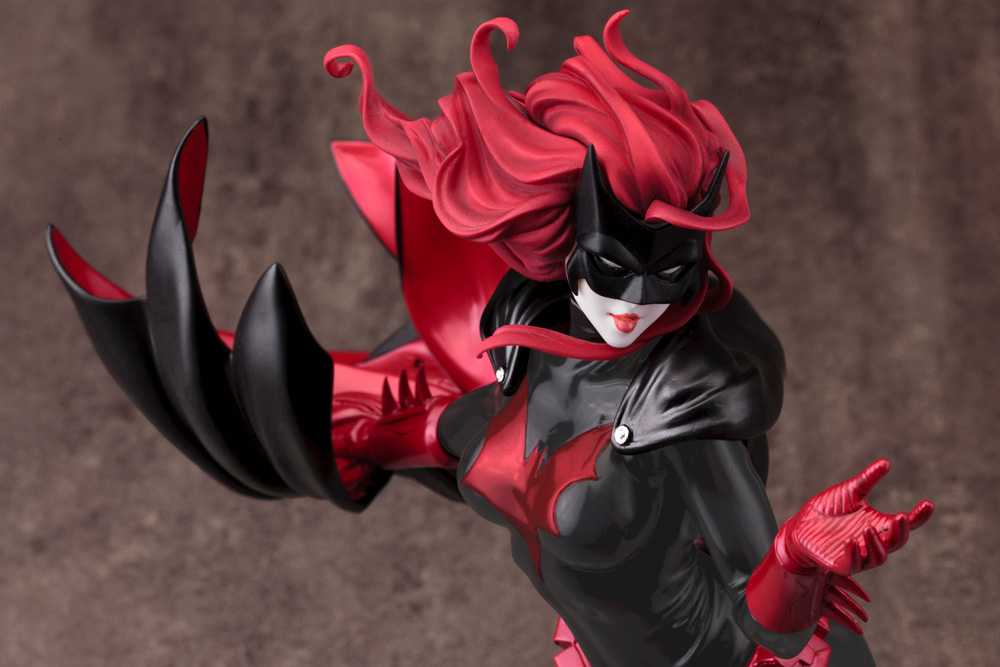 Kotobukiya has released photos and information about their upcoming Batwoman Bishoujo statue. This is the second edition of a statue originally released in 2015.  The new version features metallic paint, a high gloss cape, and the skin is nearly pure white to mimic early comic appearances. This one-seventh scale figure is nearly ten inches tall and will include masked and unmasked faces. Priced at $85, the statue is slated for a January 2020 release. You can pre-order yours over at Entertainment Earth.

To commemorate the new Batwoman TV series, Batwoman returns as a BISHOUJO statue once again!

The bodysuit has been changed to an all-new metallic paint, giving this product a more realistic shine. The cape also includes paint that shines in the light, compared to the previous matte finish. The porcelain skin that can be seen on this figure looks similar to that of the original comic book renditions of Batwoman.

This statue comes with an additional head part that showcases an unmasked Batwoman.

*This statue comes with a new package design and revamped paint job compared to the 2015 edition of Batwoman.