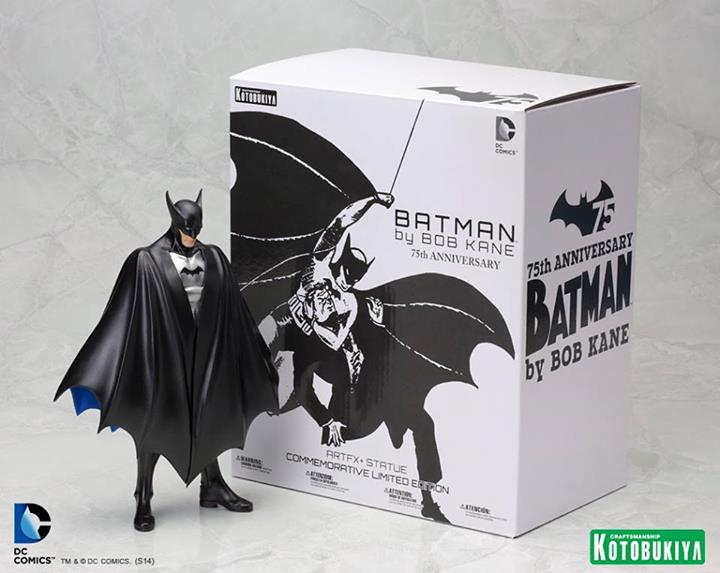 Kotobukiya has revealed one of their SDCC exclusives will be a statue based on the work of Bob Kane. Here are the details:

Created by artist Bob Kane and writer Bill Finger Batman has been thrilling readers young and old alike for 75 years. To commemorate this milestone anniversary Kotobukiya has created an extremely limited edition ARTFX+ statue of the “Bat-Man” as he first appeared in Detective Comics issue #27. Masterfully sculpted by Atelier Bamboo, Batman stands in 1/10th scale and includes a magnetic display base for effortless display options. This first appearance of Batman will be available exclusively during San Diego Comic-Con 2014 and thru a limited kotous.com non-attendee pre-order event. Pre-orders will open up at 10AM on Friday, June 27th PST at store.kotous.com.

It is important to note, that despite many exclusives that have been revealed will only be available at SDCC, the description does state that there will be some made available to non-attendees.