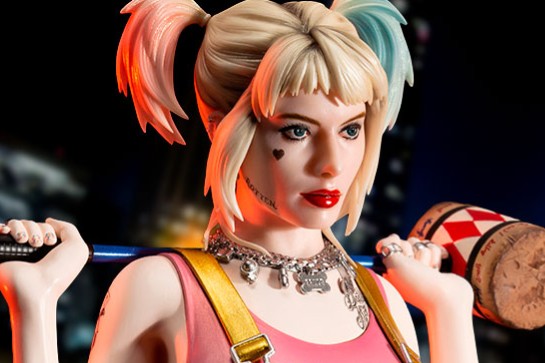 Kotobukiya has released details for their latest ARTFX series, which features Harley Quinn from Birds of Prey (and the Fantabulous Emancipation of One Harley Quinn). The statue measures about twelve inches tall. It is priced at $170 and is expected to ship between February and April 2021. You can preorder the statue at either Sideshow Collectibles or Entertainment Earth.

The main star from Birds of Prey (and the Fantabulous Emancipation of One Harley Quinn) who never disappoints with her outrageous and crazy action, Harley Quinn, makes her debut in Kotobukiya’s ARTFX series lineup!

With her sharp and daring glare, this ARTFX statue completely captures the essence of this colorful little devil. As seen on past ARTFX DC statues, the film’s title logo decorates the base. Harley Quinn can be displayed out of the box with minimal assembly required.