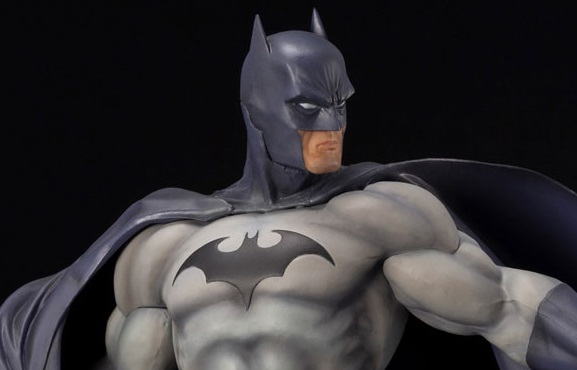 Kotobukiya has released the details for their latest ARTFX+ statue, which features a new blue variant of Batman from the Batman: Hush story arc. Standing at eleven inches tall, the statue comes in a one-sixth scale. It is priced at $120 and is expected to ship in May 2021. You can preorder the statue at either Entertainment Earth or Sideshow Collectibles.

Batman’s muscular silhouette is poised and ready to fight against crime. His presence fully encapsulates the essence of Gotham City’s Dark Knight! Batman stands upon the black base decorated with a bat symbol in the center and his battle-tattered cape swirling dynamically around him. This statue comes fully assembled and ready to display. Just insert the feet into the included base for easy display!