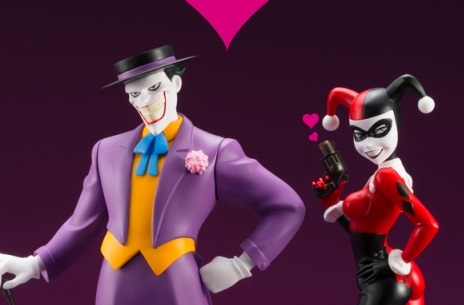 Kotobukiya, known for their highly detailed statues has revealed a pair of collectibles based on two iconic characters from Batman: The Animated Series. The two statues, one of Joker and one of Harley Quinn, are based off their designs from the original series rather than the later simplified redesigns. The pair joins Batman as part of the company’s ARTFX+ line of statues, with hopefully more to come in the future.

Right now the statues, set to release in August, are only available for pre-order in Japan for 5,800 yen, but a release in the U.S. can’t be far off. Stay tuned for more information as it becomes available.