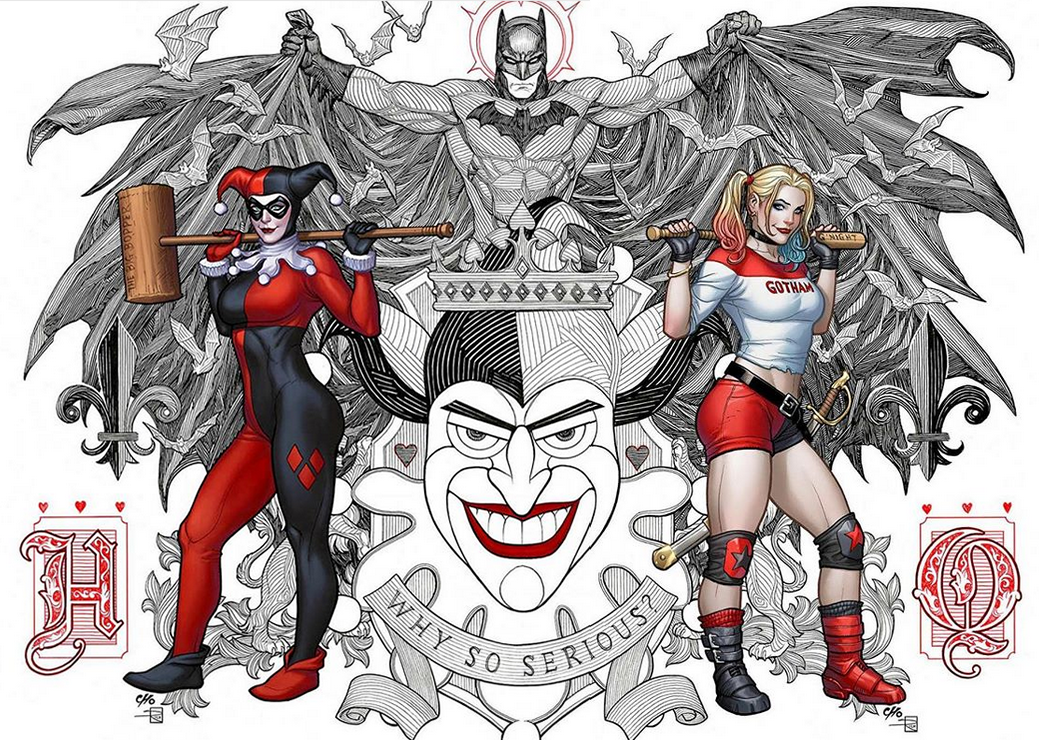 We are turning the Batcave into a barber shop this week. This is no important news, in any way, but it has taken over every single social network I use. What I’m talking about is Henry Cavill’s mustache.

It has been reported that he couldn’t shave his mustache for the Justice League reshoots due to contract restrictions with Paramount Studios, for whom he is shooting Mission Impossible 6 at the same time. The mustache will have to be erased from Superman’s face digitally. After news broke on this, a series of artists took it upon themselves to draw ‘stached Superman, such as LEONARDO ROMERO’s classic Sups (he went further and even added a mustache to his own profile picture) and CAMERON STEWART’s, who actually looks like Freddie Mercury. He’s also made this ridiculously funny photo edit. And if you think about it, a mustached Batman is not such a long shot, since Warner Brothers is planning on making a Flashpoint movie.

SDCC has come and gone and MURPHY is back to his usual active self. As usual, he has shared some WIPs: a huge, HUGE machine-like firearm, a Batman face shot, and also a Mr. Freeze/Nora panel. He’s also confirmed that the title will run for 7 issues, the last one being oversized. Most interesting though were two pieces that show us a little bit of Murphy’s process while making comics. They are both focusing on the same page, one following his drawing process, from the first sketch to final inks, the other focusing on graphic storytelling, revealing how he arranges the lights and shadows to lead the eye from panel to panel.

Finally and most importantly, Murphy revealed that DC allowed him to create a new villain, and she seems to be taking some of her aesthetics from Harley and the Joker.

As expectations build up for MARINI’s solo project, the artist is slowly filling us with both early sketches of the Bat and some sneak peeks of his art for the book itself. Starting with the sketches, he’s shared one of his first Batman sketches for the project, another study of the Bat – and the cowl looks exactly like I picture it in my head -, and finally a Catwoman quick sketch. And Marini seems to be really enjoying drawing Catwoman, if you get my drift. Only an artist so experienced in the European market could make a piece showing only half a leg and a hand into a sexy piece of art, and I wouldn’t mind having those boots to myself. As for art taken directly from Dark Prince Charming, we got a glimpse of some lowlife thugs, one of them heavily influenced by the Joker, and the clown himself. Sean Gordon Murphy was not the only one to reveal a new character this week, and this one seems to be a Bat character. I know, I know, this is a Batman website, but don’t we have enough Bats flying around already? I’ll try and keep an open mind until I actually read the issue though, I’m just terrified by the prospect of trying to explain yet another Bat-insert-gender to people I know. Editor’s Note: It actually appears to be the evil Batman tied to Aquaman as revealed in this promotional image from DC last week. FERNANDO BLANCO is taking over Batwoman and this week we could take a first look at what is to come. FRANK CHO shared the finished art for the interlocking cover he has been working on for a while. When put together it should look like this. Nightwing: The New Order will be coming on August 23, less than a month from now. To feed the hype, HIGGINS shared a panel from it showing a full-on clash between the heroes of DC and some of their biggest villains. Considering the themes of the title, this is probably the event that led to the meta-ban. One week after New Order, on the 30th of August, RHATO’s Annual will be hitting shelves, bringing even more Nightwing to us. TYLER KIRKHAM, the artist working on it, has been sharing some panels ever since he started drawing the issue, and this week we’ve got two Jason centric pieces: an uncolored one of him shooting at a sword (and could that be Artemis’ sword?) and a fully finished piece, with colors by ARIF PRIANTO, and Jason is also shooting on this one – because that’s all he seems to do these days. It seems we will be getting some gorgeous art for this book and I can’t wait for it to come out.

Artist GENE HA, who has previously visited the Batcave when working on Batman: Fortunate Son and Gotham Knights, paid homage to Adam West by inserting him into The Dark Knight Returns. The piece was auctioned on eBay and the funds are going to The Hero Initiative, a not-for-profit organization that helps comic creators in need. SDCC threw a BIG spotlight onto ALEX ROSS this year, almost a Ross-signal. In light of that (pardon me, my puns are terrible), he’s made an exclusive piece depicting the classic members of the Justice League hovering above Earth. And to close the grandfather clock on the Batcave on a light note, just stop for a while as we go out and appreciate this variant cover DUSTIN NGUYEN did for Super Sons #7.