Last week in the Batcave 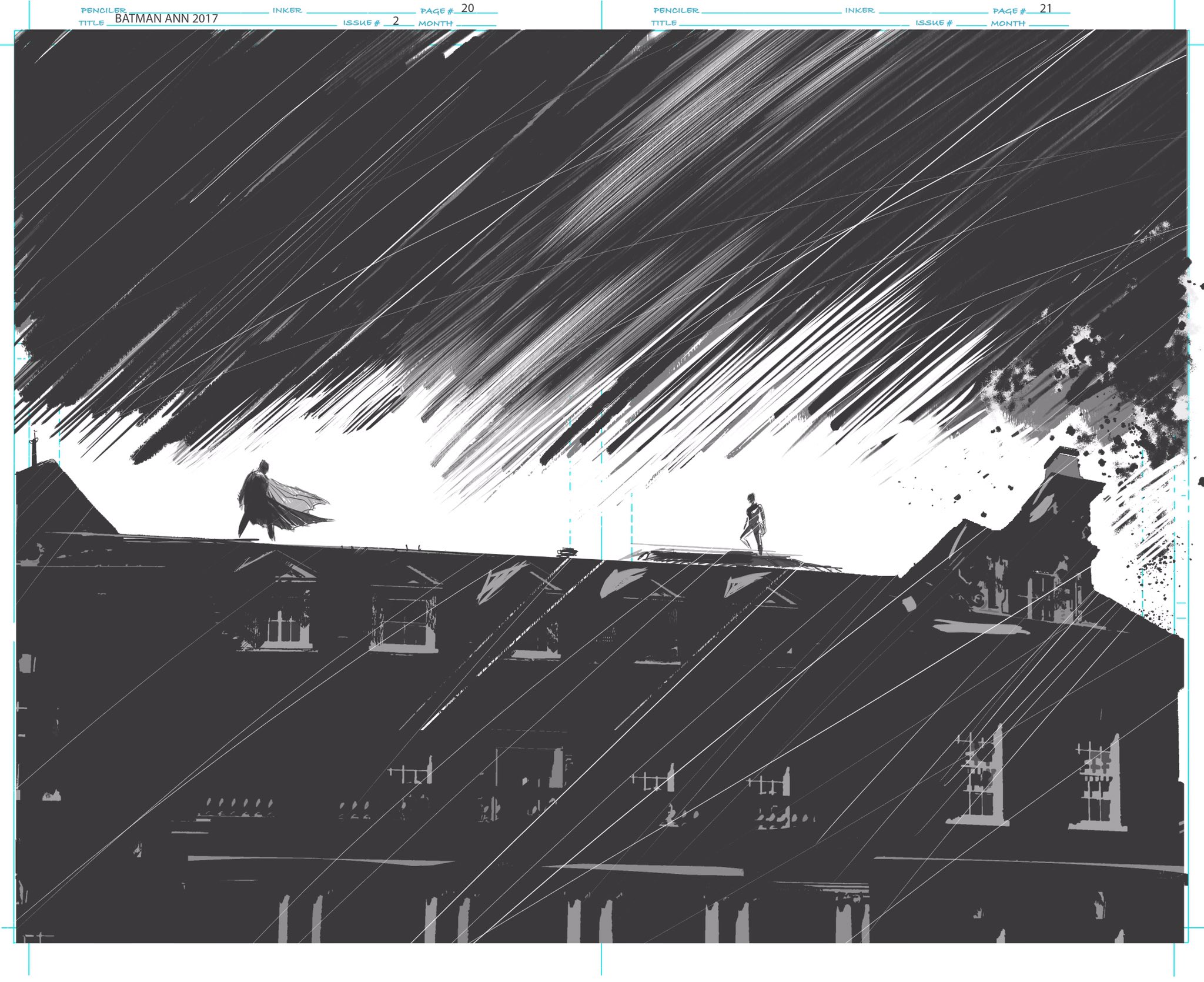 Last Tuesday, Batman: The Animated Series celebrated 25 years since it first aired. The reason for many of us to be gathered here in the underground of Wayne Manor today, the series is up to this day considered one of the best American cartoons ever, and, as anyone who decides to watch it will realize, it has aged very well. Two of the most notorious minds responsible for the quality of the show are Paul Dini, writer, and Kevin Conroy, the Batman voice actor. Both have acknowledged the anniversary on their Twitter accounts, Dini by thanking the cast, crew, and fans, and Conroy by quoting Emerson: “The greatest glory in living lies not in never failing but in rising every time you fail”.

Before the end of the year, we will be getting the second Batman Annual after Rebirth. The issue will be illustrated by LEE WEEKS, and it seems the artist is already working on it. As usual, TOM KING is the one who gives us some glimpses of the art being made for the projects he is involved in. If it were for the writer, no Batman reader would ever forget the fact that comic books are products of a team of writer, artist, and letterer. Whenever a nice storytelling touch is added to any of his comics he makes sure to give credit to his team. For instance, in Batman #30 there is a scene where Kite Man is being held captive by Two-Face. King noted that the reflection on the water was not his idea originally, being added by Clay Mann. Beyond that, Clayton Cowles, the letterer, put Harvey’s balloons coming from different sides depending on which part of his personality is in charge. Those are the little details that make comic books such a rich medium.

The preview for White Knight is finally out! Some of the questions that spurted from the short read were addressed by MURPHY, including the fact that Batman seems to be portrayed in the series as a borderline villain. Word for word, what he said is “Bats might be perceived as a villain, but DC would never let him go FULL VILLAIN. If you know what I mean.” Another question that arose was whether this cured Joker would make an apology to Gordon for killing his wife and shooting his daughter, but according to Murphy this did not necessarily happen in this universe. And of course, his addition to the Batman costume, a collar. Murphy says that “it solves Hollywood’s decades long “but how will he turn his head?” Problems!” Besides, they look cool. As for art, we got a good look at the Mr. Freeze redesign, based around “old, copper scuba gear.”

A certain Dream King showed up in Dark Nights: Metal #1, an appearance now blessed by the real life Morpheus, NEIL GAIMAN. It would seem that his presence is effective on making my own dreams come true as Wonder Woman appears to take command of the League for a while in Batman’s absence. Scruffy Nightwing is just a bonus. Beyond that, CAPULLO shared some WIPs featuring The Batman Who Laughs, his rabid Robins, Flash and Aquaman. JASON FABOK’s cover for Batman: The Devastator was unveiled and the character design is quite unnerving, to say the least. Some more unfinished panels by STJEPAN ŠEJIĆ came to light this week, one of the ragtag Resistance team looking like they swallowed something unpleasant and a full page of them using the full power of a school bus to leap across a cliff. I’m sure they are missing the Batmobile at this point. I’m not sure what is happening here except for the obvious: Batwoman will be riding a skeleton horse in the issues to come. Batman: Hush will be getting a new cover for its 15th-anniversary edition, a cover that also happens to be a gift from JIM LEE to his wife for their own anniversary. We also have double trouble from STJEPAN ŠEJIĆ. He shared, as he called it, some random art he’s made that just look too good. They are divided in two tweets, one featuring Batgirl, Aquaman and Mera, Harley and Catwoman, and Harley with the Arkham Knight; the other featuring Batwoman, Starfire –  and his Starfire is breathtaking -, and sexy-time DC couples. I mean sexy times, semi-nude sexy times. Be aware of that should you decide to check it out. Let us talk BILL SIENKIEWICZ. He is an award winning artist but his work for DC has mainly been as inker. Not to say that you don’t have to be talented to be an inker, but Bill’s art is so unique that it is a shame that we don’t have more DC titles fully illustrated by him. To appease this absence, we can always appreciate some Batman art he happens to share once in a while. This week’s Gothamite is Chris Stanley, also known as Cosplay Chris. This Australian fellow is not your regular “I bought this costume on the internet” cosplayer. No, this is a guy who got himself a custom-made, 3D-printed Red Hood helmet all for his own, who builds his awesomely detailed props from scratch. His most recent history with Bat related cosplays include Pirate Batman, Knightmare Batman and regular Batfleck – more specifically, going-to-a-nursing-home-dressed-as-Batman Batfleck. Right now he is finishing up a DCEU inspired Red Hood, and you can check the full process of how he put it all together on his YouTube channel. It makes for a very informative watch for those interested in prop building and design. I took the liberty of picking his recent Red Knightmare mash-up to illustrate this section because damn if that’s not a great concept for Jason Todd. His work can also be followed on Instagram and Twitter.