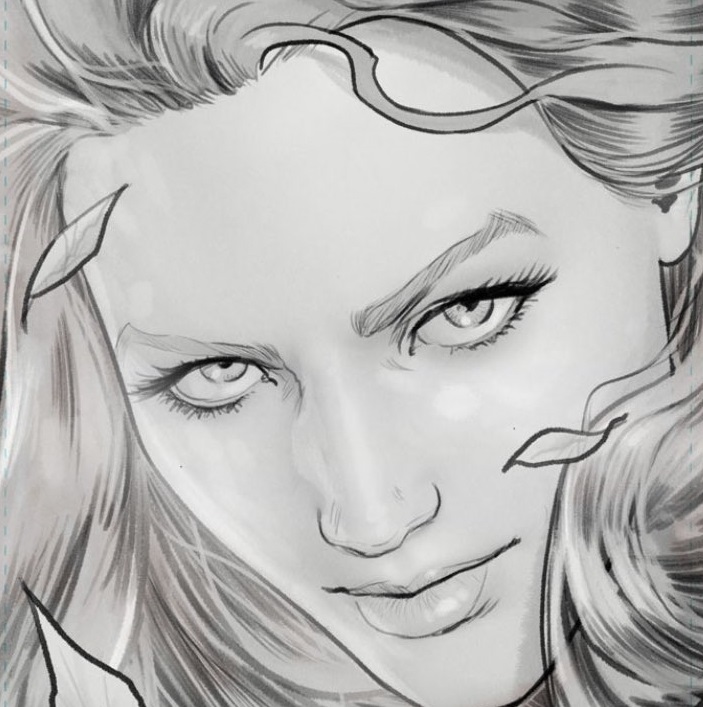 Welcome to another gathering in the Batcave, where we cover all things with pointy ears that came out through the previous week! Would that include Orion, then? Well, no, technically not, but we would not ever skip mentioning the real-life plot twist that happened with Mr. Miracle #6. When it first came out, the digital copy of the issue was missing the last two pages. The thing was, without those last two pages the issue actually seemed like it had an ending, and a happy one at that. It was only later on Wednesday that the final pages got uploaded, a plot-twist inside a plot-twist. MITCH GERADS, the artist on the book, summarized the situation is the best way possible “Did you finish it smiling or shivering on the ground?” I’m now thoroughly convinced that Darkseid is.

Talking about Mitch, he joined his partner in crime Tom King in the panel “Aftermath: Battle & Trauma in Comics” during this weekend’s DC in DC. During the event, a new series got announced. Superheroes deal with violence and battle almost every day of their lives, and this kind of experience will often lead to consequences – physical and psychological consequences. Titled Sanctuary, the series will be about a place where the heroes can go to deal with their traumas and emotions, a “crisis center for superheroes.” The series will be written by TOM KING, a veteran himself, having been an agent of the CIA counter-terrorist forces.

Are you all ready for the Wonder Woman half of Super Friends? Because let me tell you, I cannot wait, especially considering JOËLLE JONES is returning for two issues. Also, considering the heavy tone of issue #38, we all deserve a Bat-Burger break, don’t we?

And coming up right after that is “Everyone Loves Ivy”, with the return of MIKEL JANIN. King has shared some previews of Janin’s Ivy before, but one more Ivy is not ever too much. Still on the all-star team of artists who have been working on Batman since the beginning of Rebirth, a recent tweet by King leads us to believe that Lee Weeks might be working on a future issue. “There’s a certain relief in knowing that no matter how much you’re about to mess up your next script, some time soon @Inkdropinc is coming back to Batman”, says the tweet, accompanied by a pencil sketch that is probably by Weeks himself. And Tom, if you’re reading this, the likelihood of a “messed up script” by you being anything less than a good read is close to zero. Coming up in the pages of Detective Comics… such a big collection of great artists that I keep forgetting which issue they are going to be on. Thankfully we have very advanced research methods here in the Batcave, such as Google, so we know that JAVIER FERNANDEZ will be taking art duties on issue #976. He started working on that right before the end of the year, but only shared a first peak of his Batman now.

With White Knight figuring as a top seller month-in and month-out, Murphy is quite sure that DC will be interested in publishing a vol. 2 – he certainly seems to be. Not only that, but he also brought forward on his Twitter the possibility of pushing for an uncut, mature-rated version of the series. The current fan response to that is generally positive at the moment, as can be seen by the number of likes on that tweet. As of now, Murphy seems to be working on the final issue of the series, as he shared a pencil drawing for issue #8.

The first printing of Dark Prince Charming vol. 1 is now sold out. If you haven’t got yours, worry not, for it will be getting a second printing by Valentine’s Day with a new, beautiful cover by Marini. He’s also finished inking vol. 2 and is ready to start coloring the book – not before having a nice cup of mint tea. As I’m not one to fully trust online translations, you can have my not-so-perfect one: “I’ve finished inking the LAST page of BATMAN The Dark Prince Charming and ill be celebrating with – let’s get wild – a cup of mint tea. Then I’ll give myself a pat on the back for 5 minutes before moving on to colors, since I’m not here to play.”

We can take a look behind the scenes with a video showing him working his magic with watercolors on a Catwoman piece. Lil’ Darkie is all grown up, will you look at that. As CAPULLO pencils his way through the final issue, we can catch a glimpse of Darkseid – fully grown Darkseid, no longer a tiny toddler being carried around by Bat-papa. As anyone who ever attended a heavy metal festival will know, the ride is great but all that is left of us by the end is an exhausted carcass. It would seem that drawing a big heavy metal comic is no different, as CAPULLO is already feeling like he will need a bit of rest after he finishes Metal.

The time has come to say goodbye to Amanda Conner, Jimmy Palmiotti and John Timms. Their final issue was a celebration of their long run on the title, a wrap-up and a wave all packed together in 20 pages of 5-star content, if our Harley reviewer David Finn is to be believed. And he should be, by the way. The issue was incredible.

Let’s turn that frown upside down though as we welcome the new team. To mark the passing of the torch, INAKI MIRANDA gave an interview to Newsarama talking about the tone of the book, working with writer Frank Tieri, and the challenging nature of drawing Harley. Creators advertising their new characters as a new sensation is nothing new, so I have to say that when Sam and Bernard said that Guppy was going to be a fan-favorite I was more than skeptical. It seems I had to swallow that skepticism right down my throat together with some fish bones. Next week we will be getting a flashback issue with art by Klaus Janson, but meanwhile we can appreciate some of BERNARD CHANG’s uncolored panels featuring the man-shark himself.

Our Gothamite for this week is a mysterious one. No name, no background, no fingerprints in the Batcave system. But they draw a mean Cass Cain. Taking as we had – that – scene between Orphan and Clayface in Detective Comics this past week, PSUEDE (Psu for short) could never be invited to join us in a better moment.

Focusing on how Basil and Cass are each other’s support system on the current Detective Comics run, “My friend Basil” is as sweet and well executed as it gets. Clayface, so big he does not fit the frame, crashing down on despair, leaning on to tiny Cass. She is not afraid to touch his not-so-solid skin, or to approach him. She gets him. That level of understanding between them is what makes their friendship so appealing to Psuede, who says that:

“Detective Comics is a cool book but I feel like it’s had to constantly run from one city-destroying disaster to the next. Tim, Stephanie, and Kate’s problems can feel alien to me and harder to relate to. I think Basil and Cassandra are on the team primarily so that they can become better people. Or, if not better people, then at least they could be helpful monsters. I wish the books could dedicate more time to them. So I treasure the moments where they actively try to help each other through their self-loathing with no ulterior motives. Those make it one of the most real friendships in comics right now.” The powerful piece is a companion to a cute quick sketch Psuede did a while ago with his take on Cassandra and her Basil doll in DC Superhero Girls style. In fact, Cass can be found throughout Psuede’s portfolio, in all of her iterations: Orphan, Black Bat, Batgirl. I did ask if there was a favorite iteration of her, but well, Psu is a fan of all things Cass Cain, saying that “If I just had to pick an official version of her character, my favorite was Puckett’s original run. But I happen to like almost all versions of her.”

Psuede is currently working on a space-adventure webcomic titled Cassiopeia Quinn (slightly NSFW, be forewarned), sadly having abandoned a past Batgirls fancomic project. I did ask if Cassiopeia could be called Cass as well, but he and Gunwild – the writer – just call her Peia for short. Psuede can be followed on Tumblr, DeviantART and Twitter.