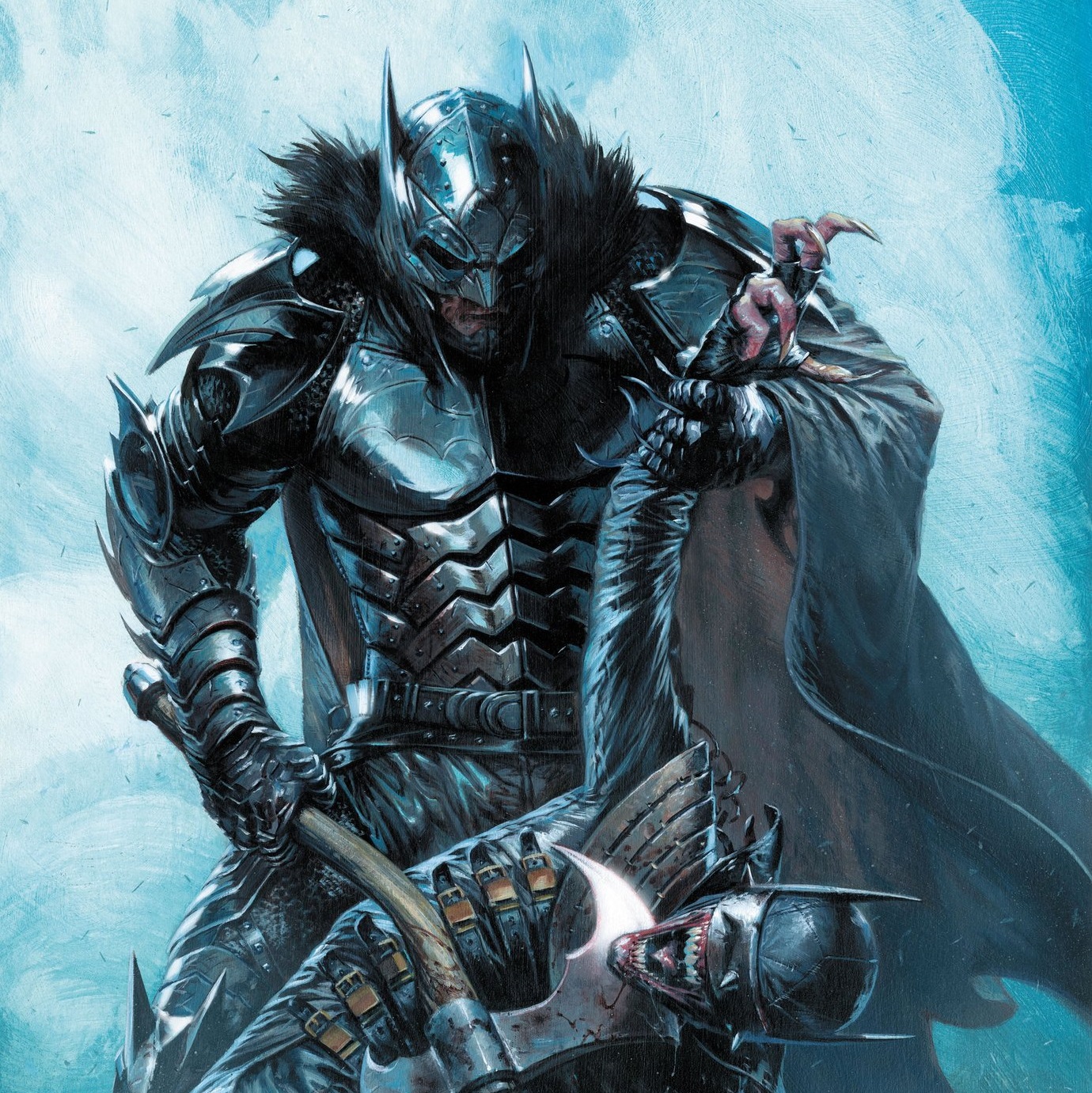 This week we’re crossing over with the Star Wars fandom to bring you some great news: Mark Hamill, our Joker, their Luke (ours too, I’m fairly sure there is a big congruence in fandom here) just got his star in the Hollywood Walk of Fame. More than being grateful for getting his own star, Hamill was also delighted to see they spelled his name right. There’s even footage of the guy exhilarated with the fact. Both Kevin Conroy and Paul Dini, colleagues from Batman: The Animated series, made sure to congratulate Mark for his star.

Not all was bright and shiny like Hamill’s star though. Fellow Nightwing lover and geek extraordinaire Jason Inman has announced he’ll no longer be the host of DC All Access. In the video he recorded to break the news, he explains a little about the reasons he had to leave the channel, including coming down to contractual issues. We can still follow his work on the Geek History Lesson podcast, which he co-hosts with Ashley V. Robinson. You should listen to it if you’re a trivia addict like me. Bringing it back to the comic world, DC Comics made a major announcement this week. DC Ink and DC Zoom are still hot out of the news pan, and here comes DC Black Label. While the first two will be focusing on young adult and all ages publications, the Black Label will be giving free rein to acclaimed creators to do as they please with DC’s characters. While the title suggests that the titles would be all rated mature, the official announcement by Jim Lee suggests that it will be more of an unleashing of their “top talent on standalone, often out-of-continuity projects featuring our most iconic characters.” As expected, the Caped Crusader will not be left out and is getting two titles: Batman Last Knight, by Scott Snyder and Greg Capullo, and Batman Damned, by Brian Azzarello and Lee Bermejo, whose cover is featured above.

Are you all ready for the wedding of the year? And I don’t mean Prince Harry and Meghan Markle, no sir. Alfred, forgive me, but JOËLLE JONES’ design for Catwoman’s wedding dress just made all of our hypes escalate and outcome the British royalty. Not only does the final design look perfect, Joëlle developed other possibilities which are all just stunning. Oh, to have the money to get those made in real life.

With the announcement of DC’s Black Label, some people were left wondering if White Knight and Dark Prince Charming were DC testing the waters. While not denying, SEAN MURPHY says that “It might have been a Black Label book if I have waited a year–but in a way it accidentally jumped the gun. Who knows, maybe it’ll be absorbed by Black Label.”

He was also questioned about the fact that Napier beat Bruce in the latest issue. For him, it all comes down to circumstances. His words were “I know–even Harley doubted it in issue 5. But Bats was pretty bloody from the crash. And Jack’s got the steroid power boost. Its unlikely, but I think it’s possible, given the context. :)” Oh, and the next variant? Montoya and her GCPD gang. Plus a vehicle, there’s no way there wouldn’t be a vehicle in it.

Formerly announced now under the Black Label imprint, Last Knight had been previously unofficially announced as a project that would be partnering up Snyder with Sean Murphy. As it turns out, there was a change in creative team. Snyder commented on the change, saying:

“This book is a project I’ve been planning for several years, something that’d need a new different format. Sean Murphy and I had talked about doing it together, but the truth is, we both felt any last Batman story should be done with brother Greg Capullo. And the fact is, the amazing world Sean has created with WHITE KNIGHT [is] so HIS, it felt right to keep his Batman singular. Sean is family to me, and I’m thrilled for him over the tremendous, well deserved success of BWK. Wait til you see what he has coming…It’s amazing. As for me and Greg, we’ve never had a chance to work outside the monthly grind, not in 7+ years together, and the Black Label format finally gives us the room to experiment creatively both with story and art to make something very different than anything we’ve done before. Something that encompasses Batman from early days to his end and brings in the DCu as it goes. Very excited. And thanks as always”

Capullo also made sure to add that joining him on art duties will be Jonathan Glapion inking and FCO Plascencia on colors. This makes the team on Last Knight the same as Dark Knights: Metal.

The official summary of the book reads:

Batman wakes up in a desert. He doesn’t know what year it is or how The Joker’s head is alive in a jar beside him, but it’s the beginning of a quest unlike anything the Dark Knight has undertaken before. In this strange future, villains are triumphant and society has liberated itself from the burden of ethical codes. Fighting to survive while in search of answers, Bruce Wayne uncovers the truth about his role in this new world — and begins the last Batman story ever told.

I, for one, am a believer that it will have something to do with this sequence from Batman: Lost, illustrated by Jorge Jimenez.

The end of Dark Nights: Metal is just around the corner, and a number of variant covers for the final issue are now being brought to light. GABRIEL DELL’OTTO and his Dark Knight indeed. And FRANCESCO MATTINA, gathering all of the Knights. This has turned into a cat week, with not only the dress reveal but also INAKI MIRANDA revealing that Catwoman will be showing up on the pages of Harley Quinn #41. He would strike fear into the hearts of the criminal if he weren’t so tiny. DANNY MIKI, who inked Capullo’s pencils all through the New 52, has been sharing a series of tiny superheroes interacting with his art tools. As of now, he’s shared three pieces: the Flash running around with a brush of his, Batman brooding on the tip of the brush, and the Joker stabbing him with the tip of a pen. CHRIS BURNHAM, rarely seen here in the Batcave these days, shared a piece he did while “playing around with screen tones.” Rumor has it he’ll be working with Morrison on a new Batman tale in the not-so-near future. And he who visits the cave so often he might well be one of the bats, DUSTIN NGUYEN, with a TDKR version of Batman Beyond.