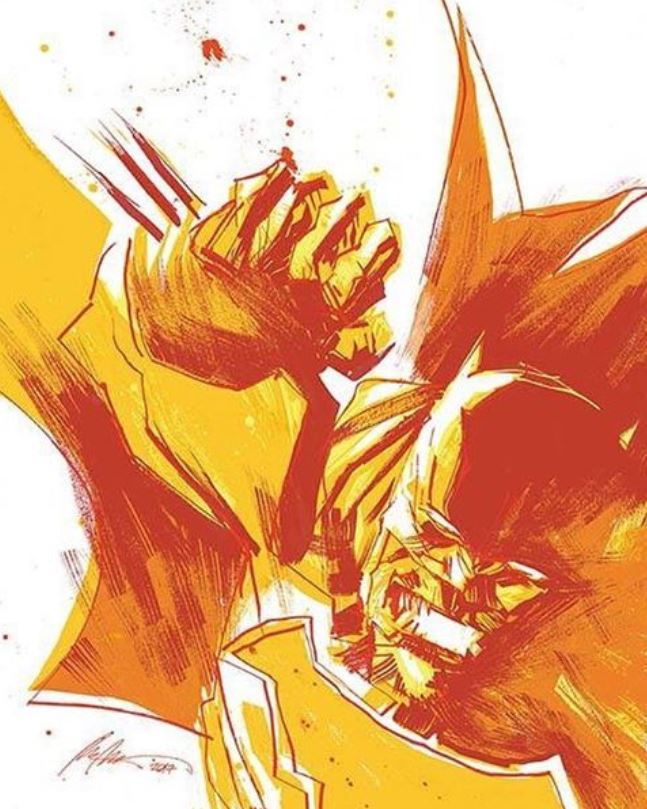 Five years ago, our cave was invaded by Owls as the first arc of the New 52 hit shelves. And now, it is being invaded by teenagers, as the third season of Young Justice and a live-action series of the Titans have finally found a home. In the official statement released by DC it is said that those series “will air exclusively on a DC-branded direct-to-consumer digital service in 2018.” Geoff Johns is not only producing the Titans series, but he will also be writing it. This news has not only made me crazy excited – and a lot of fans who have been pestering DC and Warner for both of those series to be brought to life -, but also some of the members of the cave, such as James Tynion IV, who is apparently a big fan of Johns’ run on the Teen Titans. Alex Ross, not one to miss a beat, has shared one of his Titans pieces on his Instagram account (as seen above), and we all deserve some more Ross on our lives. As some might have noticed, the match between Gotham Blades and Metropolis Mammals in Batman #21 is said to be the “Western Conference finals”. And as some of you might know, Gotham is supposed to be on the East Coast. Could this be another piece of the Rebirth puzzle? Has reality being meddled with so badly that Gotham is now on the West Coast? No, dear fellows, it was simply a typo made by Mr. TOM KING, and he has acknowledged the mistake.

He has also acknowledged the fact that Batman has been suffering dearly at the hands of villains lately; just the last two issues had Batty dearest getting two beatings of a lifetime at the hands of Bane and Reverse Flash. Let us hope our boy Bruce gets some time off in the near future, which might actually happen since Tom King will not be scripting issue #22, but rather Joshua Williamson, The Flash writer. We also got FABOK’S art for the lenticular cover (as seen above) of this issue.

As it has been known for a while now, issue #23 will have GERADS on art duties. We should keep our eyes open for he has hidden an easter egg, probably related to something from Gleason’s time with the Bats. And to celebrate one year of Rebirth, issue #24 will be both an epilogue to what has passed and an introduction to what is to come, according to KING. We can wait for some feline felonies to come, based on this panel by FINCH of Catwoman jumping off a building. Concerning easter eggs, JAMES TYNION has left a tiny fabergè in Detective #955, which got found pretty quickly. As our amazing team has clarified, Carolyn Wu-San is the sister of Lady Shiva, and the author of the book “The Girl who was a Shadow”. Since we are talking about eggs made of gold, RAFAEL ALBUQUERQUE has shared his variant for Detective #957 (as seen above) and it is golden all over. This week we are getting double ALBUQUERQUE, our master of the covers, as he shares a little piece of his drawing process for an upcoming All Star issue. Guess who’s back. Yeah, GREG CAPULLO is back, ladies and gentlemen, and driving everyone insane with excitement, the creative team included.

And if you have ever wondered what guitar would the Batman have, Capullo has your answer: a Bc Rich Warlock. I know nothing of guitars, but the look of it does match the pointy ears. And pointy cape. And darkness (hears Bruce playing doom metal on the background). PAUL DINI has taken some of his time this week to answer some questions regarding Harley, including what her age would be – and, in his head, it would be the same as Poison Ivy, so 28 years old. Besides, what is it that she and Joker have with the grape soda?

To accompany this little Q&A, have FRANK CHO’s sketch for issue #21 variant cover as a side dish. Us not having a section for each and every Batman related book doesn’t mean that we are not keeping tracks on them, there are just too many Bats flying around DC. So for this week our image of choice is a page for the upcoming Bane: Conquest made by GRAHAM NOLAN.

And because these two guys refuse to leave the cave (not that I want them to), FRANCESCO FRANCAVILLA has made a 1935 version of Two-Face and DUSTIN NGUYEN has shared a little story behind his Victor Zsasz cover for Streets of Gotham. It seems that Mr. Paul Dini himself posed for the cover, knife included.