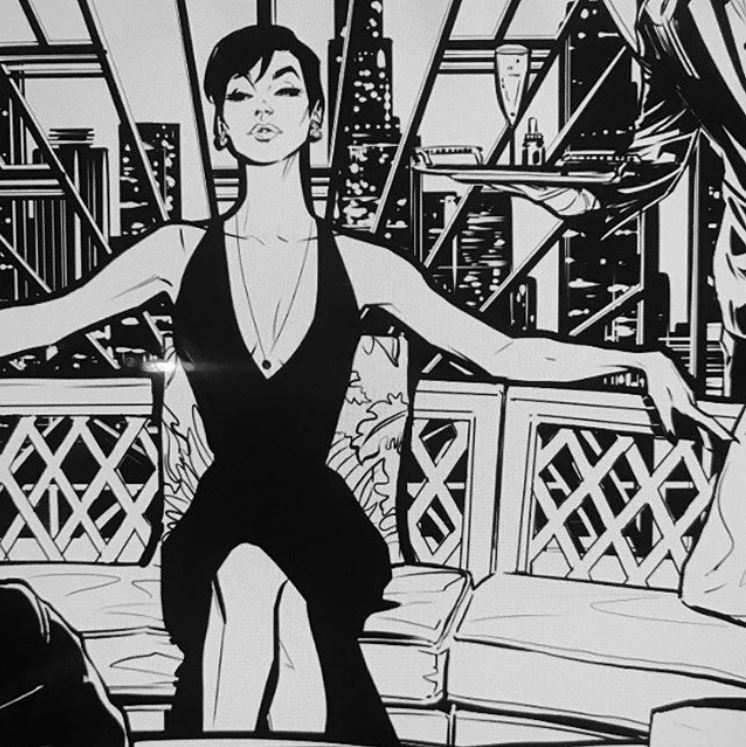 This weekly coverage is proudly brought to you by Batman Inc. That’s right, gotta spend that Wayne family money on something Bat-themed. Except that, for playing rich playboy billionaire, we had to go without visiting the Batcave for so long. I’ve missed you, my batsies! And we’re so close to Batman Day! Apart from the usual special editions – White Knight #1 and Lil’ Gotham this time around – this year’s Batman Day will also mark the start of the countdown to the 80th Anniversary of the character, happening next year. Last week, Batman #53 sent Bruce through a path of self-awareness as he questioned his actions and beliefs in and as Batman. Coming next, Tom King will be revisiting the original Dynamic Duo, with #54 revisiting Dick Grayson’s origins as Robin – which will likely establish a new continuity for Rebirth. Trouble is, there has been some controversy involving Matt Wagner, his son and colorist Brennan Wagner, and DC Comics. In an executive decision, DC decided to remove Brennan from coloring the issue. The situation has been unfolding for a few weeks now, ever since Matt disclosed the issue on his Facebook account, and, on the day after, posted a follow-up clarifying some aspects of the situation. In it, he says the decision had nothing to do with Tom King or Jamie Rich, the editor on Batman. Last week, he shared IGN’s coverage of the situation, giving an update on the situation.

Being the biggest title published by DC Comics, Batman has a history of being under heavy editorial weight, a weight that can be felt even by readers who pay close attention. This is, sadly, one more chapter to be added to the collection of episodes where the editorial leash comes down on creators.

A little while before the situation blew up, Tom King had shared an yet uncolored tease to MATT WAGNER’s art for issue #54, showing Dick Grayson as Nightwing facing Crazy Quilt. The focus on the relationship between Dick and Bruce will continue on issue #55, as TONY DANIEL has been teasing for a while. DANIEL also shared his covers for Batman #57 – fully colored by Danny Miki – and the pencils for #56, which he says was originally to be the cover for the next and still unannounced Annual. NAHUELPAN, who will be the artist on Nightwing #48 and #49, shared a couple of his works in progress, one simple face shot of Nightwing and another, more revealing, of a dazed Flamingo.

Mairghread declared this to be Batgirl Month, and she’s been sharing a few peeks into upcoming issues. Drawn by ELENA CASAGRANDE and colored by JORDIE BELLAIRE, Batgirl’s next Annual will be featuring the return of James Gordon Jr.

As for issue #26, the first of Scott’s run, it will be bringing back a villain from Gail Simone’s run, Grotesque. The issue is penciled by PAUL PELLETIER, inked by NORM RAPMUND and colored by JORDIE BELLAIRE. WILL CONRAD continues sharing panels of his work for upcoming Beyond issues, including a shot of upside-down Batman over a crowd of people and Robin punching Batman for a change, considering how much we see the now infamous Robin slap. Plus that one in Court of Owls. And that one recently in Red Hood. And so many more. That’s right, Matt McGinnis, you avenge your predecessors, even if that’s not Bruce under the cowl.

Dan Jurgens is joining the Harley team! Even if for one issue only, even if only for two pages. And no, he is not replacing Humphries. The special oversized issue #50 will be featuring a number of artists telling the story of how Harley will break DC’s continuity, and Jurgens is now confirmed to be one of those artists.

Another artist confirmed to be working on the title is Whilce Portacio, a reveal made during Fan Expo Boston and further confirmed by Sam Humphries, who says Portacio will “draw what happens to DC continuity after Harley destroys it…” JONES shared a peek into her work for an upcoming issue. And I want that very fictional, very incredible dress, which has become a bit of a pattern when it comes to clothes drawn by Joëlle.

What? We’re closing the Batcave so soon? But I didn’t even get to see all of the Batmobiles! Well, I guess we’ll have to leave it to next week. You know how it goes, same Bat-time (except when it gets delayed), same Bat-channel.