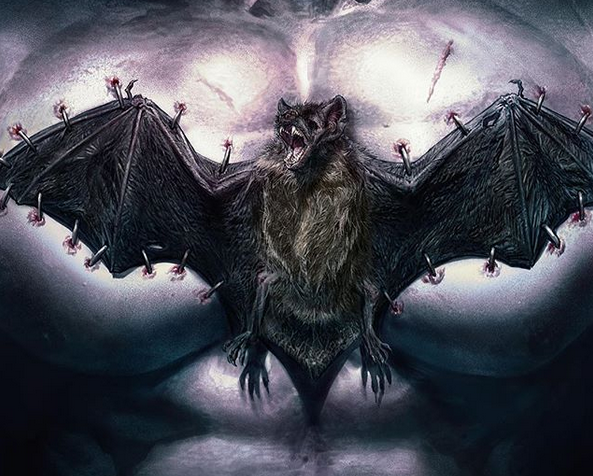 Hello, my nocturnal brethren! It’s been a long time since we’ve been gathered around the Giant Penny to share our news from Batman comic-dom. With the world turning its eye to DC’s streaming service, comics news was slow for a while. At least up until this weekend. New York Comic Con brought not only some new information about titles that has already been announced, such as Three Jokers and the sequel to Sean Murphy’s White Knight, but also the great big bomb! Timothy Jackson Drake will be once more the proud bearer of the Robin title in Brian Bendis’ and Patrick Gleason’s next endeavor: bringing back Young Justice. The news was broken in two different panels in NYCC, the Bendis Spotlight and DC’s Meet the Publishers. Sadly, this bat did not attend the convention, so we’ll be reporting straight from the Newsarama live streams. Bendis will be spearheading a brand new imprint focused on the young heroes of DC titled Wonder. Joining Young Justice will be Wonder Twins, Dial H for Hero and a new book called Naomi.

The writer revealed a few names that will be joining Conner Kent, Tim Drake, and Bart Allen in the Young Justice team: Amethyst, Jenny Hex and Teen Lantern. Jenny is the grand-daughter of Jonah Hex and will be first appearing in his next Walmart Batman issue. As for Teen Lantern, he is a young Bolivian who manages to hack into a power battery and he will be connected to Grant Morrison’s Green Lantern.

Also, while we were away, December solicitations came out. If you’re interested in reading the synopsis you can check our TBU breakdown. Most important to notice is that the fourth week of the month will not see any comics shipping, Any title originally scheduled to that week will be pushed to January 2019, a month with five Wednesdays.

Tom King was one of the creators to have an exclusive spotlight panel in NYCC. As had been revealed by December’s DC solicitations, Mitch Gerads will be returning to Batman in issue #61 which will be focusing on Professor Pyg. During the panel, he also tackled Dick Grayson’s injury. According to the live report from the panel made by Newsarama, King said that he did consult a neurologist to ensure a more accurate portrayal. Also, about his thought process for the plot, he admitted to having a pro-gun past during his CIA days, an opinion changed after the Newtown shooting. For King, guns are another metaphor for the evils in Batman’s world, reports Newsarama.

Regarding the Bat-Family, one of the fans asked King whether Damian, Cassandra Cain, and Stephanie Brown would be showing up. With a slightly evasive answer, King said that “The family is trying to help Bruce with his trauma while Bane is trying to have Bruce lean into his trauma so that will be the story for the next few issues.”

Meanwhile, in the social media world… In the past few weeks, Tom King made a few revealing comments on his Twitter feed on Batman Day. The writer has confirmed that Matthew, AKA Master Bruce, “will return. Frighteningly.” He was also asked whether Catwoman was off limits now that the character got her own series, to what he said that “She’s not off limits. @Joelle_Jones and I are working together on sort of this big plan.”

A few days later, King revealed that he was “Getting to write Batgirl today for the first time since Grayson 12.” Now, since he’s also writing Heroes in Crisis there’s no guarantee that Batgirl will be showing up in Batman, but we can only hope. My own hope is that she shows up in both. Recently, King shared a preview page of the next arc, featuring the return of a patch-eyed Oswald Cobblepot. The arc will also mark the return of MIKEL JANIN. DC’s World Finest panel had Peter Tomasi up on stage. The writer will be taking over Detective Comics starting with issue #994 and, according to the live coverage by Newsarama, said that he will be focusing more on the detective side of the title. On Twitter, Tomasi also confirmed that his run will not be going only until the landmark issue #1000, but “hopefully quite some time. I’d like to write a 103 issues like the write and artist extraordinaire @TomKingTK over on Batman.” During the panel, Tomasi also commented on Adventures of the Super Sons, saying that his inspiration is his son and his friends.

Starting together with Tomasi will be Doug Mahnke penciling and Jaime Mendoza inking. The cover for issue #994 has been revealed with December’s solicitations and MAHNKE took the chance to share the original black and white piece.

MENDOZA has also been sharing a number of process shots of his inking over Mahnke’s pencils on Facebook. He also shared a classic grappling panel from their upcoming run on Detective. We should call him Rick, Rich, Gray (WHAT). Anything but Dick now. Of course, we’re all rebels and will continue to be so. TRAVIS MOORE, who is currently sharing art duties with Chris Mooneyham, had the distinct privilege of shaving Dick Grayson’s hair for the transition. The artist shared a number of black and white pages from issue #50, an issue which will forever be infamous for it. Everything. And Travis might have taken part in the shaving of the head but he promptly gave it back in great style for one of his Inktober pieces. Out of canon, sadly. Were she a real person, Selina would definitely be happy with the current gems working on her title. Joëlle Jones in a force to be reckoned with, undoubtedly, but the variant covers by ARTGERM are something out of this world. The artist has recently shared his cover for Catwoman #5, including a shot of the original charcoal painting and the finished, colored version.

Geoff Johns got a panel all for himself in NYCC. Currently leading a number of major DC projects, Johns briefly commented about all of them – from Doomsday Clock to the upcoming Shazam comics, from the Titans tv show to Three Jokers.

The Batman project had been under wraps since it’s announcement, with the only information known up to this point being the obvious fact that there would be three jokers. The panel shed some light on the plot and art for the title. According to the live coverage by Newsarama, the main characters of the story will be Batman, Barbara Gordon as Batgirl and Red Hood. JASON FABOK, on his Twitter, shared his character designs for the series. Curious to note is the resemblance between this Batman costume and the one currently appearing in Doomsday Clock. Also, Red Hood appears in his former style despite the recent redesign the character went through. And, the most anticipated piece of information: the three versions of the Joker. FABOK’s designs show influences from Brian Bolland’s The Killing Joke, Jack Nicholson’s portrayal in Batman ’89, and, in his words, “classic art of DC Comics past, which stands the test of time”.

While we were away, the bats came out to play. After the infamous Bat-a-boo, Damned #1 selling out and DC’s decision not to reprint it for a while and, furthermore, censoring said intimate parts, all we’re left with is the waiting for next issue. Or, maybe, paying around U$100 for an uncensored edition on eBay.

LEE BERMEJO, as he’ll usually do, just brushed past the debris of this particular bomb and continued to share a few shots of the next issue. The bat stapled to a chest comes from book two of the series. Bermejo is also currently working with sculptor Bernardo Cruzeiro on new Prime 1 Studio statues of Batman and the Joker. Another highly anticipated project to have gotten the preview treatment during NYCC was Snyder’s next bat project. The team-up with his longtime partner Jock will be coming out this December. The logo revealed during the panel, draws a lot from the Dark Nights: Metal graphics. The full preview, made available by Newsarama, includes a few B&W pages displaying the full power of JOCK’s expressive inks. The artist also shared the cover for the second issue of the series on his Twitter account. BATMAN: CURSE OF THE WHITE KNIGHT

Also known as the worst kept secret in comics, the official name of the sequel turns out not to be Batman: White Knight 2 – which would be a slightly lame name to give it. Details for Curse of the White Knight were revealed in an exclusive by Paste. The title will be releasing next year and will bring Azrael to the Murphyverse. Before joining the DC All Stars panel in NYCC, Murphy shared an image of his take on Azrael. Looking at this pretty flame we can all understand why kids are prone to touch flaming objects.