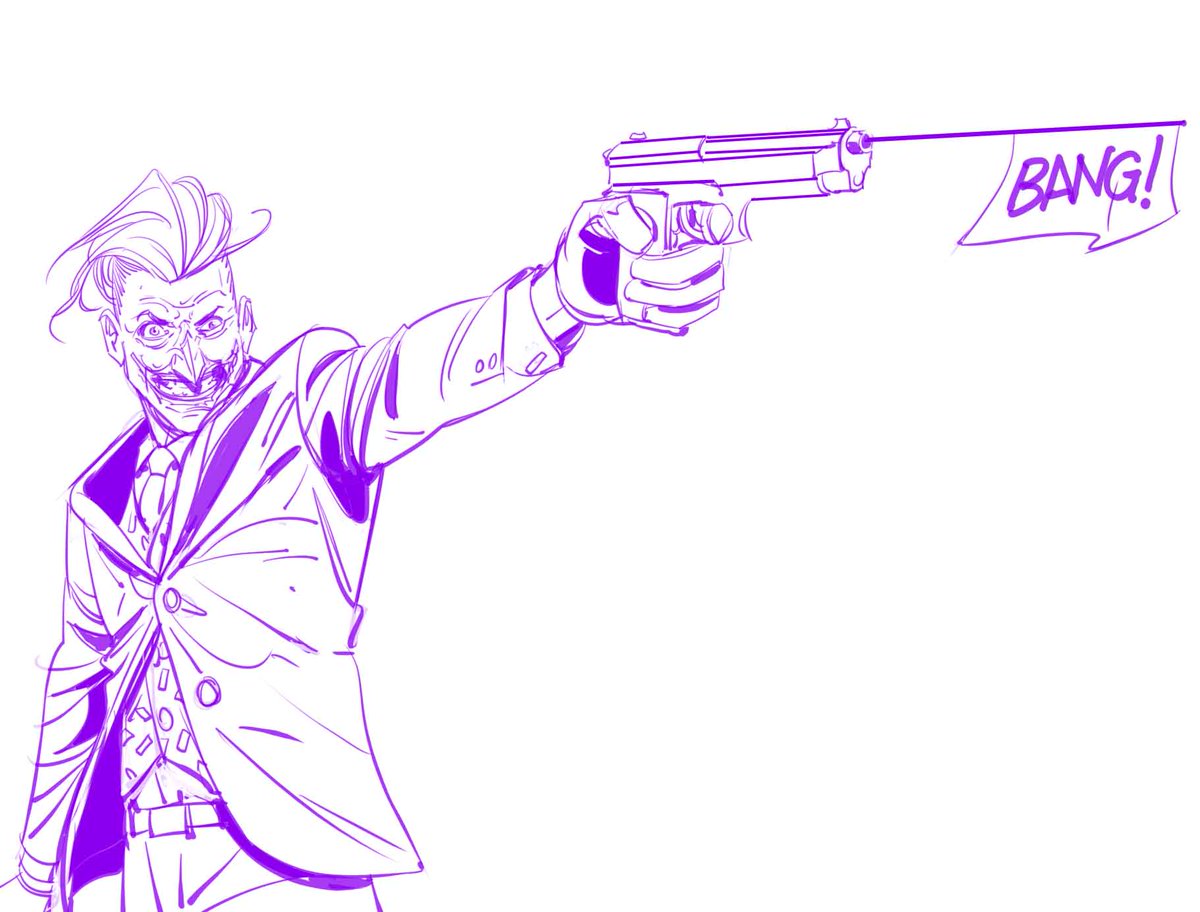 Flying mammals of the world, welcome to another weekly roundup of all things Batman comics. This weekend we had a very special event in the world of DC. Detective Dick Grayson, ladies, gentlemen and creatures of the night, has made his television debut. We’re hereby obliged to state that Titans is so much better than expected. If you haven’t, please do give it a chance. TONY DANIEL has updated his online store with a number of originals. Amongst the art made available is an unpublished page from Batman #46. Daniel said the page did not make it to the final cut because he “wanted a bit different pose.” As usual, even his unused pages are absolutely gorgeous. He also shared a full-pencil drawing of Cass Cain in her Orphan costume. Renegades of Gotham, unite! After Jason’s recent brief cameo in Teen Titans, Batwoman is going to briefly appear in Red Hood: Outlaw. PETE WOODS shared a little snippet of his work on a panel featuring said guest star being grabbed by some kind of giant. Or maybe she’s the one to have shrunk, with comics you never know. Initially solicited as featuring art by Mauricet, Old Lady Harley has changed hands, with INAKI MIRANDA taking over in his stead. The 5-issue mini-series spinning out from issue #42 will start coming out October 24. Beware! JOCK’s Tiny Grim Knight is coming for you this Halloween. Well, actually it’ll be more like Christmas since it will only come out December, but let’s stay on theme. Scott Snyder is probably a time-bender as he is currently behind a number of projects. Last Knight, which was announced as the last of the Capullo/Snyder Batman title, has entered its art phase. CAPULLO, as usual, has started sharing his pencils for the title as he works on it. In them, Bruce’s post-apocalyptic costume can be seen, with Bat-ears made out of belt buckles attached to a roughly sewn mask. Snyder also shared an inked small peek of what looks to be a very tired Batman. JONATHAN GLAPION continues being Capullo’s partner in art for the title. He also confirmed that the title will be coming out under Black Label. BATMAN: CURSE OF THE WHITE KNIGHT

An uncensored version of White Knight is something that Sean Murphy has been wanting to be released for a while and Black Label seemed to be the promise for that to come to fruition. However, it seems that there will be no such thing as uncensored nudity in Black Label after the entire Batawang debacle. Murphy, on Twitter, has declared that “No uncensored version. I was misinformed by DC a while back–the only version of BWK so far is the current TPB. My hope is that it sells so well DC has no choice but to do a larger version with lots of back-matter. As far as nudity–I’m not sure anymore. #Batawang”. He went on to say that he does understand the reasoning behind it, since “Batman is a billion dollar brand, so I totally understand Warner Bros having reasons for being careful. As much as I want to push the artistic envelope, I’m not blind to the interest of commerce.”

Murphy also answered a few questions about Batman: White Knight. He says that his Bruce is “In his 50s. I drew him a little young though, so let’s just pretend he looks FABULOUS for his age. #BatBotox.” He has also admitted to being purposefully vague about Joker’s past, saying that he “needed it to be (somewhat) plausible that he could expunge his criminal record and win hearts/minds of Gotham, so I didn’t focus on the details of how awful he used to be.”

As for the upcoming Curse of the White Knight, Sean Murphy shared a panel in process. Who those two are I’m not entirely sure. We’re welcoming any guesses. In the past month, WILDGOOSE has begun sharing a few images of his pages for Nightwalker. The comic, based on the novel by Marie Lu, features a pre-Batman, young Bruce Wayne.