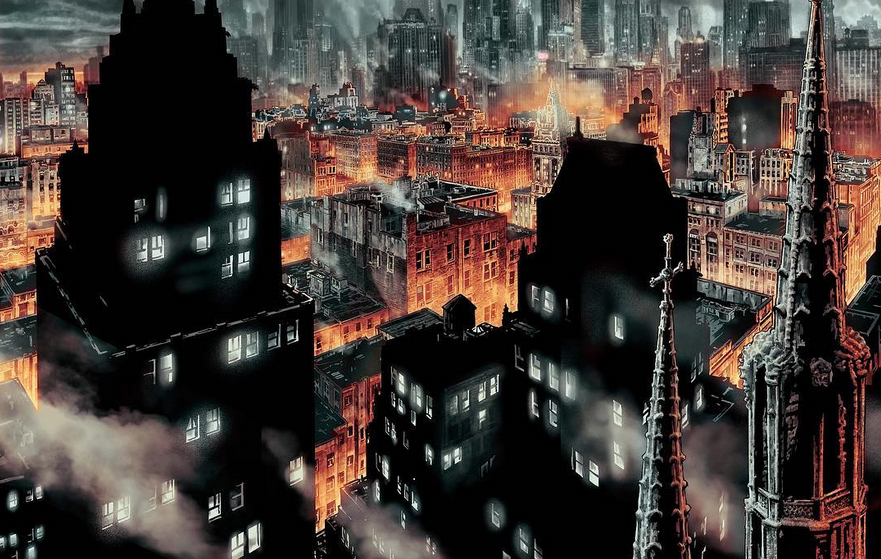 Since Alfred is off in Bludhaven trying to shake some sense into the pudding that is Ric Grayson’s mind, we had to plan a stealth mission to get in the Batcave without his keys. No one’s dead, I’m glad to say. We’re finally here with the Batcomputer at our disposal to get the latest updates straight from comics creators.

DC Comics’ solicitations for January have been released this past week. While we wait for the full, in-depth TBU breakdown, the biggest information that can be extracted from it is that all titles that were supposed to come out on the last week of December have, as predicted, been moved to the first week of January. This means it will be a month with Batgirl double-shipping and Detective Comics triple-shipping, so prepare your pockets. Also, the fourth and final issue of Kurt Busiek’s Creature of the Night will finally come out after a long wait. Enough with future predictions though, let’s focus on the present.

MIKEL JANIN’s return to Batman is scheduled for the upcoming issue, starting an arc that will focus on Penguin. Tom King shared a preview page of Janin’s art, colored by Jordie Bellaire. So close and yet so far, Tomasi’s return to Detective Comics will only happen in December. He’s teamed up with DOUG MAHNKE and JAIME MENDOZA on art, and Tomasi shared a sneak peek of an uncolored panel featuring Batman. Holy brain damage! It seems all Robins have gone wild recently, with Damian being a rebellious teenager in Teen Titans and Jason being all “screw this, I’m going solo”. Meanwhile, Tim, the sweet pie, is MIA. When it comes down to it though, Ric Grayson winning the edge-lord contest by far.

The suddenness of Benjamin Percy’s departure from the title probably left DC with one big boiling-hot potato in their hands. With Scott Lobdell taking the reins at the last minute, DC had to get him a partner to help him with the writing and it came in the figure of Fabian Nicieza.

How hot that particular potato is in reality remains a secret guarded in DC’s vault but we can smell it burning from how hesitantly Nicieza seems to have joined the title, saying on Twitter “well, there is this controversial storyline that I somehow, suddenly, and under ridiculous duress, have gotten myself involved in…”. Following the thread of the tweet, Nicieza further admitted that “it took a LOT of convincing for me to buy into it.” He is currently scripting the issues with Lobdell plotting them.

Nicieza also shared an interview he and Lobdell gave to Newsarama, talking about Ric Grayson, Edge-Lord Wonder. And, since no writer seems to be able to stick around much with Nightwing, one of the things Lobdell said in the interview leads us to believe he might be leaving the title sooner than expected. “Now, I won’t write Nightwing forever — a grateful nation cheers! — but while I am, I’m determined to make Ric as fully fleshed out and as interesting a character as Dick”, said the writer.

The interview tries to clarify some of the inner thinkings behind the storyline, like the fact that, despite it not being clear in the comic itself, “His memories pretty much only go as far as the last most traumatic thing that ever happened to him — the night his parents were murdered”, as Lobdell put it.

Lobdell also commented on the distance between Ric and the Bat-Family as he’d naturally see their lifestyle as an unnecessary danger, having just woken up from brain surgery. The writer also tackled the comments on how Ric seems to be somewhat like Jason, but according to him, Jason is driven by memory or, in his words, “rage, revenge and redemption”, while Ric is all about living in the present, or, as he put it, “taught to be disciplined and fearless. To let go. To be.”

In the interview, it is also revealed that Barbara will play an essential part in his recovery, despite having to face “some competition”. Scarecrow, the main villain for the current arc, will also be getting a new look.

In the middle of all darkness, TRAVIS MOORE comes as a bean of light, shining some of his good art from #51 on us. Speaking about the moody offspring of Bruce Wayne, PETE WOODS tried his hand with a cute yet broody Red Hood. I feel like he belongs in Earth 42. Captioned with just a bunch of emojis, CAPULLO shared a black and white art of The Batman who Laughs earlier this week. Snyder later confirmed it to be a new variant cover for the first issue of the series, coming out this December. Just in time for it to be “Stocking stuffer (not for kids) :)” It is always interesting to get a glimpse of creative processes. NICK DERINGTON shared a picture of a small paper model he built of his new Batwing design, likely to help him draw perspective shots. Gotta love simple solutions. If there is one fictional city that behaves like a character in multiple storylines it has to be Gotham. Bigger even than most characters in Batman lore, Gotham is getting proper 5-star treatment at the hands of LEE BERMEJO, who shared a city overview panel from the upcoming Damned vol. 2. That’s it for this week, Batcompanions. Now we have to figure out a way back out of the cave that does not alert Batcow to our presence.