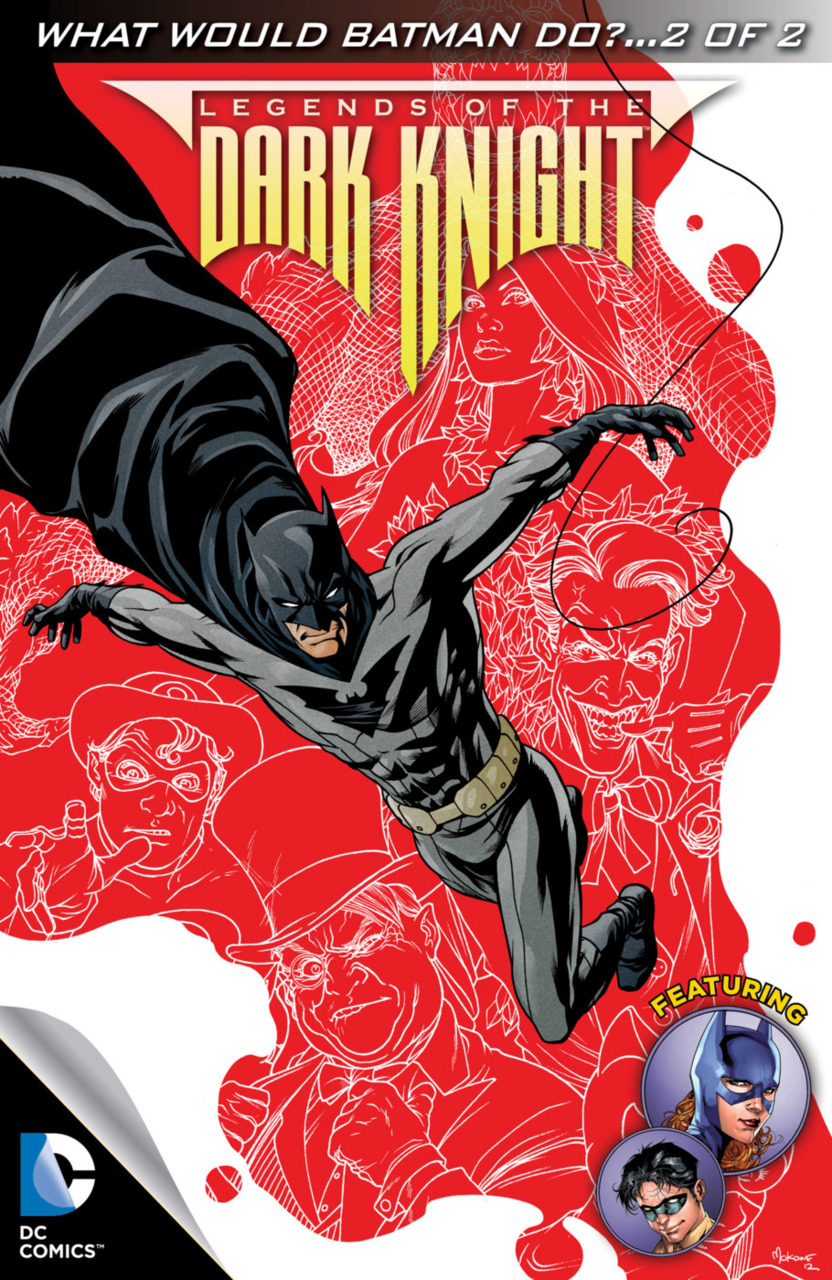 Our issue opens with Robin recounting the events of Batman’s first encounter with Clayface…he had tried everything to subdue the villain, but finally succeeded with his taser…ending only when he hurled a batarang at an overhanging wire to electrocute Clayface into unconsciousness.

Back in the present, Robin and Batgirl are hiding in the rafters above a theatre as they watch Clayface reciting a soliloquy from Shakespeare’s “Hamlet.” Clayface however hears the two talking and quickly attacks them…Robin and Batgirl jump to the floor and attempt to use their tasers on Clayface. The voltage, however, is not strong enough and they engage Clayface in battle. Batgirl suddenly receives communication from Batman who asks if they have disobeyed his orders and have engaged Clayface…she admits that they have, and Batman tells her to turn on the foot lights and clear the stage. Batgirl pulls a lever to turn the foot lights on…and Robin and Clayface are caught in a surge of electricity.

With Clayface knocked out, Robin (insulated by his boots but now temporarily blind from the shock) discusses how Batman must have had traps in place to capture Clayface in case they escaped while he was away. They also conclude that the net setup in the sewers must also have been a trap left behind to ensnare Killer Croc….it seems Batman has thought of everything. Batgirl attempts to leave, but not before Robin asks for some help…due to his blindness. Batgirl responds that Man-Bat is still at large…Robin admits that Batman would go after Man-Bat, and realizes that Batgirl has already left him.

Batgirl arrives at an old lab once used by Kirk Langstrom and is suddenly ambushed by Man-Bat himself. The two engage in a fight where Batgirl shows off some moves taught to her by her father. Robin suddenly appears (now able to see) and tosses one of his tangler grenades…but it turns out to be a dud. As Robin fights off Man-Bat, Batgirl searches the area for the trigger to the trap that Batman has set. The Dark Knight arrives on the scene and flips the light switch which activates a high frequency sonic disruptor…with Man-Bat down Batman tranquilizes his foe to ensure he remains unconscious.

With their foe subdued, Batgirl and Robin attempt to make excuses as to why the defied his orders…they were simply doing what he would have done. And what if his traps had failed? Batman responds that they too were all a part of the plan, “but like a trap, it’s all about timing. Being patient. Being ready. Being at the right place at the right time. So next time…do as I say, not as I do.” The issue ends with Batman swinging off into the night.

Another excellent issue of “Legends of the Dark Knight,” and a good end to this current story. I liked how this issue kept up the lovely banter between Batgirl and Robin…it was nice to see them having fun and taking down some bad guys all on their own. As seen in the previous chapter, there were some nice nods to former storylines. Batgirl was seen carrying around the bat-purse that her character first carried when she debuted back in the sixties; the design for Clayface was based around Basil Karlo’s original appearance before he became the giant hulking mound of clay that we know and love; finally I got a hint of Stephanie Brown’s gooperang when Robin first introduced his tangler grenade last issue.

Overall I really enjoyed this story, and it was nice to see that Batman (as expected) is always prepared for any situation. And it was nice to get an answer to how he had the situation handled…I originally thought that he had Batgirl on call, and was curious when he was surprised that she had gone after the various rogues. It will be interesting to see what this title has in store for us next week.