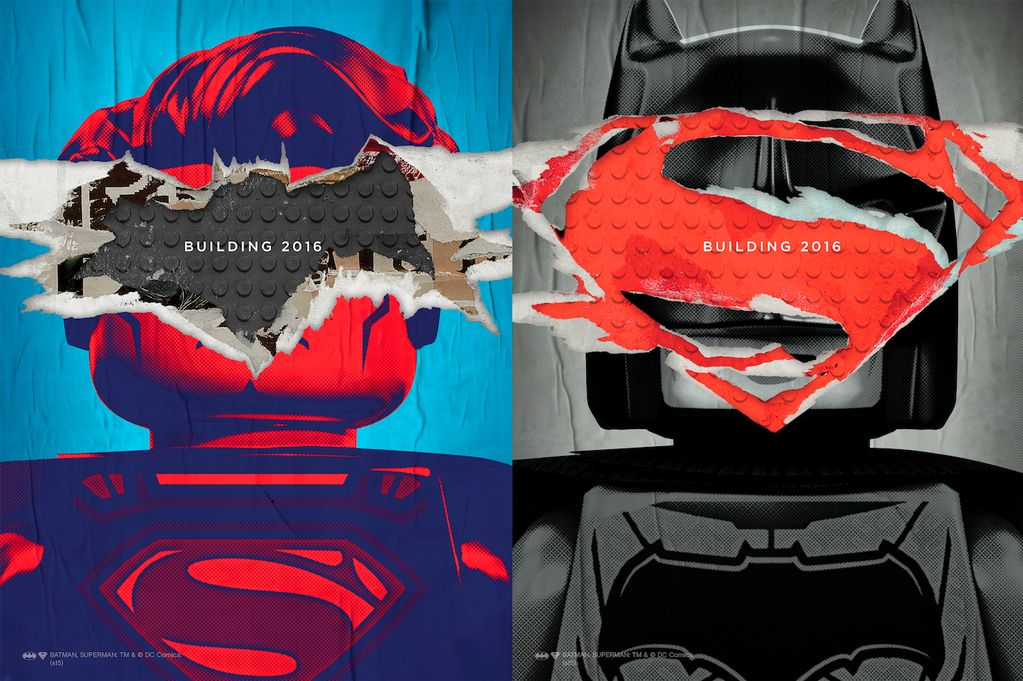 LEGO has revealed that there will in fact be sets dedicated for Batman v Superman: Dawn of Justice released next year. It was hinted at in the press release from Warner Bros. announcing their deals in place for the film in the announcement for the Licensing Expo. LEGO took it a little farther and released this announcement poster. So are you looking forward to the new LEGO sets? Sound off below.