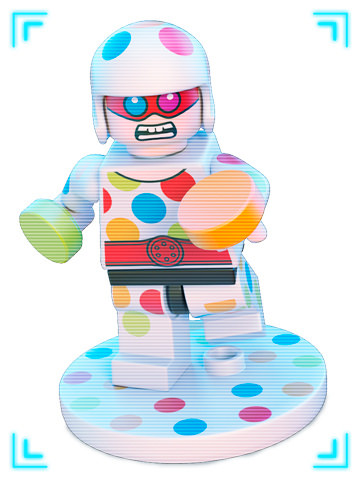 If you were one of the few fans who happen to see The LEGO Batman Movie last night, you may have noticed a special Batmobile that appears in the climax of the film. This Ultimate Batmobile breaks into four individual smaller vehicles. This morning, Market Watch unveiled an additional LEGO set which will release this June. Before we go any farther, if you haven’t seen the film, there are is a potential spoiler ahead on a character included in the set.

Still here? Alright. The characters included in this set are Batman, Robin, Batgirl, Alfred in his own Bat-suit, Polka-Dot Man, the Wicked Witch from Wizard of Oz along with two Flying Monkeys. The set will be priced at $129.99 and be exclusive to LEGO.com and LEGO stores. It is set to release on June 1. With the release of this set, there are now only a few remaining villains who have yet to see a release. Egghead and his egg robot mech suit are still something this writer is hoping they announce at some point.