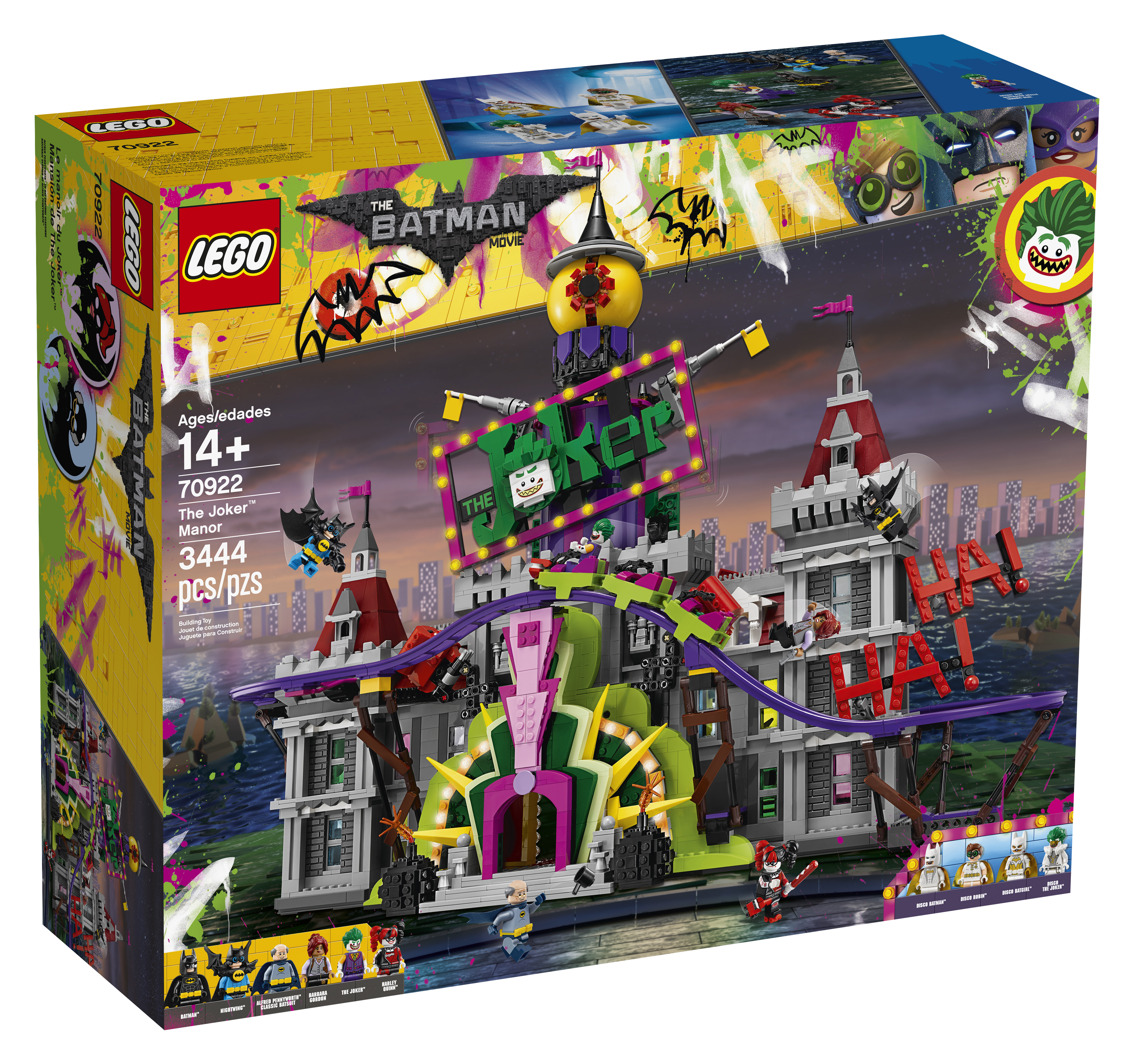 There have been rumors for quite some time that there are more LEGO Batman Movie sets planned to release this winter from LEGO, and it seems they are true. Be prepared to spend a ton of money on the largest Batman themed set to date. Previously, the largest sets have been the 2014 Tumbler set with over 1800 pieces and then last year’s Batman Classic TV Series Batcave with over 2500 pieces. The new set will feature the Jokerized Wayne Manor from The Lego Batman Movie. The set will have over 3400 pieces and be priced at $269.99. That is actually the best value for one of these larger sets as the Batcave from last year was priced at the same price and had around 900 less pieces.

But on to the unique details for this new set. The set will come with ten minifigs including Dick Grayson in his Nightwing version suit, Alfred in his classic bat-suit and disco versions of Batman, Robin, Batgirl and Joker. The inside of the mansion includes a grand piano, fireplace, microwave for warming up lobster thermidor, a music studio and cinema room to watch romantic comedies. The outside of the manor may be the real highlight with a giant Joker sign, rotating eye tower and a roller coaster track with train car that holds three minifigs.

The set will release on November 24, which happens to be Black Friday, at LEGO stores and on LEGO.com. If you happen to be a LEGO VIP member, there will be no early access for this set, so you will need to purchase it along with everyone else on November 24.

With the announcement of this set, are there any other sets you are hoping LEGO releases for the LEGO Batman Movie line before it ends? Let us know what you want to see.