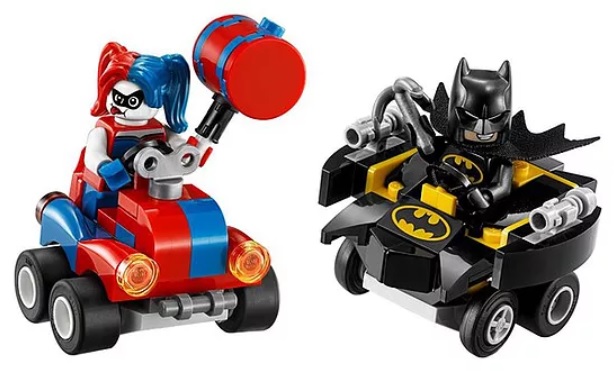 The LEGO Super Heroes Mighty Micros sets for 2018 have been revealed and it includes six sets as in the past two years; three sets for Marvel and three for DC.  In the new wave, there are two sets of particular interest to Batman fans.  The first is set #76092 which features Batman vs Harley Quinn. The second is #76093 featuring Nightwing vs the Joker. Nightwing is back in his blue costume after last appearing in the New 52 red in a set released back in 2014, not counting the 2016 #30606 polybag that was included with the release of LEGO DC Comics Super Heroes Justice League: Gotham City Breakout. If you case you were wondering who the third DC set features, it is Supergirl and Brainiac. The sets are expected to release next month with the new wave of LEGO sets hitting stores in the beginning of 2018.