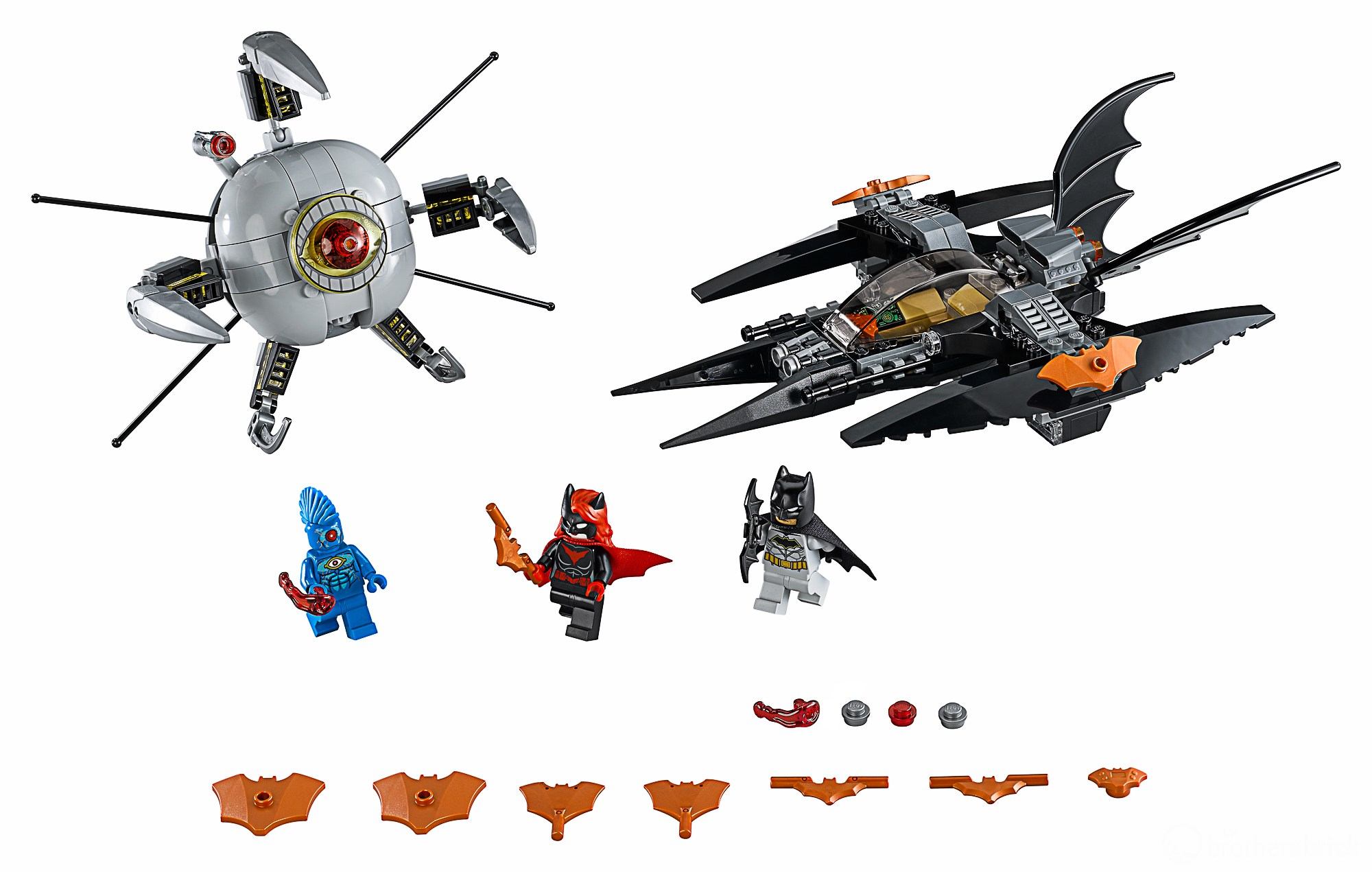 Summer is right around the corner and that means a new wave of LEGO sets. While earlier this year Batman was included in some of the new DC Comics Super Heroes sets, the sets were mostly themed around various members of the Justice League. This summer, however, the three new sets are all Batman Universe themed. First up is Batman: The Attack of the Talons (#76110) which features Batman and a three-wheeled Bat-vehicle. After seeing Krpyto in a set earlier this year, Ace the Bat-Hound will make his LEGO debut in this set which will also feature two Talons from the Court of Owls. The set will include 155 pieces and be priced at $19.99. The second set is Batman: Brother Eye Takedown (#76111) which features similarities to the current Detective Comics storyline by having Brother Eye as a build in the set as well as an OMAC. The big news with this set is that Batwoman will be included, which marks the first time the character has been included in LEGO form. Batman and a smaller Batwing round out the set. The set will include 269 pieces and be priced at $29.99. The final set might be the most complex set released to date with the least amount of pieces. The App-Controlled Batmobile (#76112) utilizes the new Power Functions 2.0 which allows fans to use their tablet or smartphone to connect through Bluetooth to act as the remote for the vehicle. LEGO plans to release a new coding interface this year so that you can code speed, direction, sound, and duration to create your own unique commands. You will also be able to use voice to control it as well. This set may not have a ton of pieces at 321, but it makes up for it with the capabilities. The set is priced at $159.99 and will also include Batman in addition to two motors, and a battery hub.

The first two sets are expected to start hitting shelves in mid-June, while the App-Controlled Batmobile is expected on August 1. Are you looking forward to any of these new sets? Which character’s debut excites you the most. Sound off below.