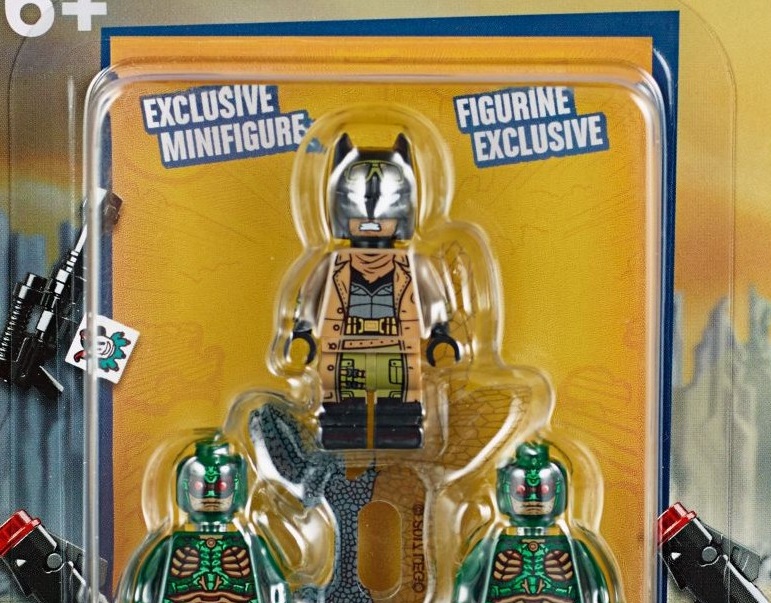 Attention loyal LEGO Bat-Fans! A new LEGO DC Super Heroes minifigures set has been discovered and will make the Zack Snyder fans out there happy. The new accessory set features Batman from his appearance in Batman v Superman: Dawn of Justice. The Knightmare Batman Accessory Set (set #853744) is based on the horrific future dream Bruce has in the film. The interesting thing is that not only is the new minifig styled like the Batman from the film appearance, but it also comes with a gun with a Joker card to attach to it. The set is expected to hit LEGO stores and online on September 1. Here is the official product description:

Let the battle commence against the Parademons with this LEGO DC Super Heroes 853744 Knightmare Batman Accessory Set. This cool toy for kids features Batman’s turret with 2 stud shooters and 3 minifigures with assorted weapons, including the new-for-September-2018 Knightmare Batman minifigure and his rifle with an attachable LEGO tile of The Joker’s face.