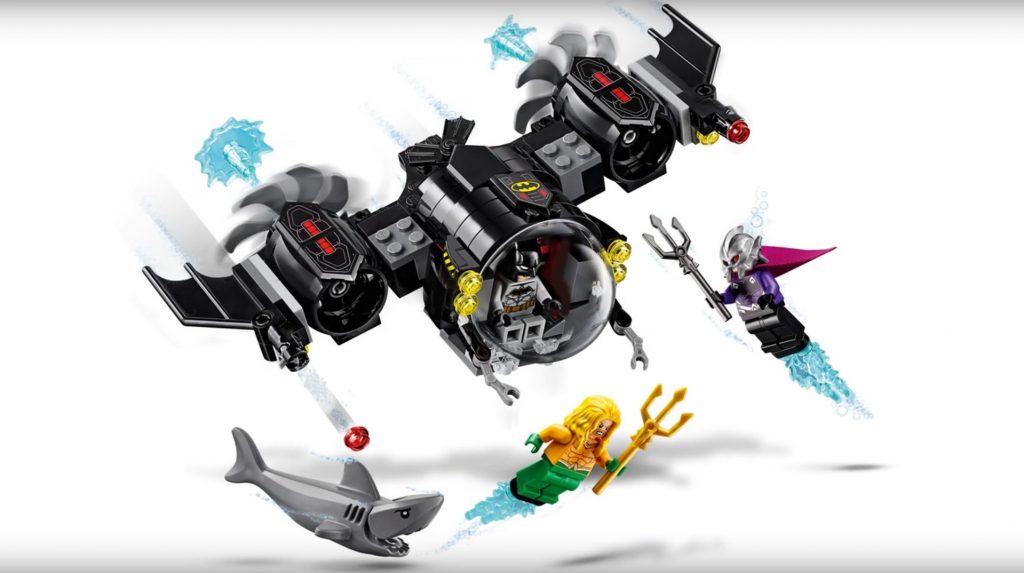 Earlier this year, LEGO revealed one of the sets that would be releasing as part of the first wave of sets for 2019 as part of the LEGO DC Super Heroes line at Comic Con International. Now the second set has appeared online and features Batman teaming with Aquaman.

Expected to release in early 2019, set #76116 called Batman Batsub and the Underwater Clash features three minifigs (Batman in underwater gear, Aquaman and Ocean Master), as well as a shark and a propelling Bat-Submarine.

Also of note, is it seems the phrase “LEGO DC Super Heroes” may have been decided to drop as it no longer appears on the box art. Instead, the Batman logo appears in its place and the DC logo appears in a separate location. LEGO originally launched sets based on DC Comics characters with Batman as the main character and the sets were all part of a Batman line. This changed in 2012 when all DC related sets were branded LEGO DC Super Heroes even if they had Batman as the main character for the first few years. It will be interesting to see if this changes depending on which character is focused on for future sets.

Last bit of mention, is that there are only two sets coming in early 2019 for the DC brand. Typically there are three sets released in each wave for the year with two waves per year. That probably means with only two sets so far, there will be at least one set released themed in some way for the Shazam film coming in April. Whether it directly ties to the film or is another Batman set that includes Shazam is what we will need to wait and see, but expect another set in early Spring 2019.