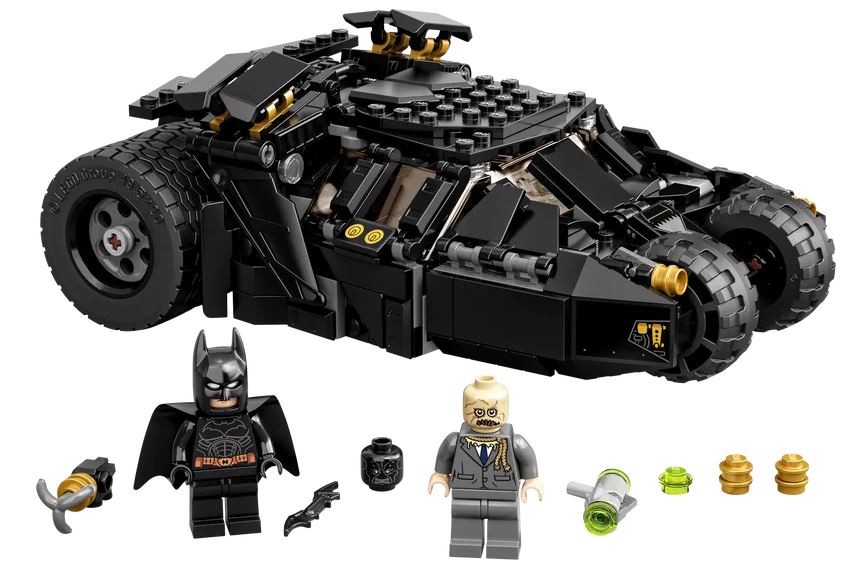 In addition to the new collector’s set featuring the Tumbler, LEGO has announced another new set featuring the vehicle: LEGO DC Batman Batmobile Tumbler: Scarecrow Showdown. The new set (set #76239) features Batman and Scarecrow from Batman Begins along with the Tumbler. It includes four hundred and twenty-two pieces. It is priced at $39.99 and is expected to release at most retailers at the beginning of October. You can preorder the set directly from LEGO or from Amazon.

The ultimate, armored crime-fighting machine. The Tumbler Batmobile™ from the Dark Knight™ trilogy of Batman movies is one of the most iconic, battle-ready vehicles in cinema history. It has an opening roof, which provides access to the driver and passenger seats and control panel. There are 2 stud shooters fitted to the front of the vehicle. There’s even somewhere to store the Batarang™. 2 minifigures are included: Batman, with a Batarang, grappling gun, and alternative ‘nightmare’ head; and the Scarecrow, with a stud shooter and toxic fear gas canister. When the battle action is over for the day, the Tumbler Batmobile looks awesome on display in kids’ rooms.