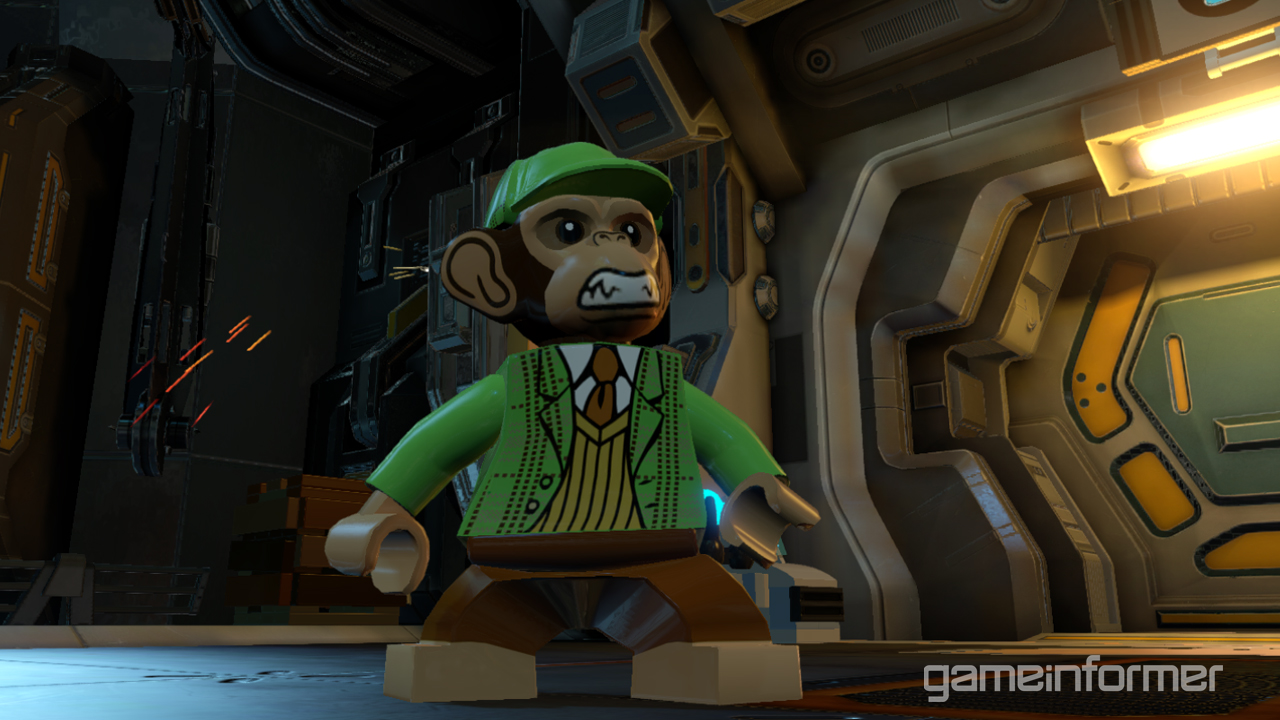 And the list keeps growing. LEGO Batman 3: Beyond Gotham is set to have the largest cast of playable characters than any other LEGO game. With the release of the game just over a month away, you would think that they have revealed them all. Well you would be wrong. Today, via GameInformer, two more characters have been revealed. Swamp Thing and Detective Chimp. According to GameInformer, “Players will be able to traverse deep, murky waters as Swamp Thing, a heavy-unit character that can pick up cars, smash through walls, and pound the ground to create tremor attacks.” As far as Detective Chimp goes, ” On the opposite end of the strength spectrum, players can perform melee attacks with a banana as Detective Chimp (a.k.a. Bobo T. Chimpanzee). Yes, Detective Chimp can use his magnifying glass to uncover hidden Lego items and see through walls. He can also scale walls, swing on poles, and access computer terminals.”