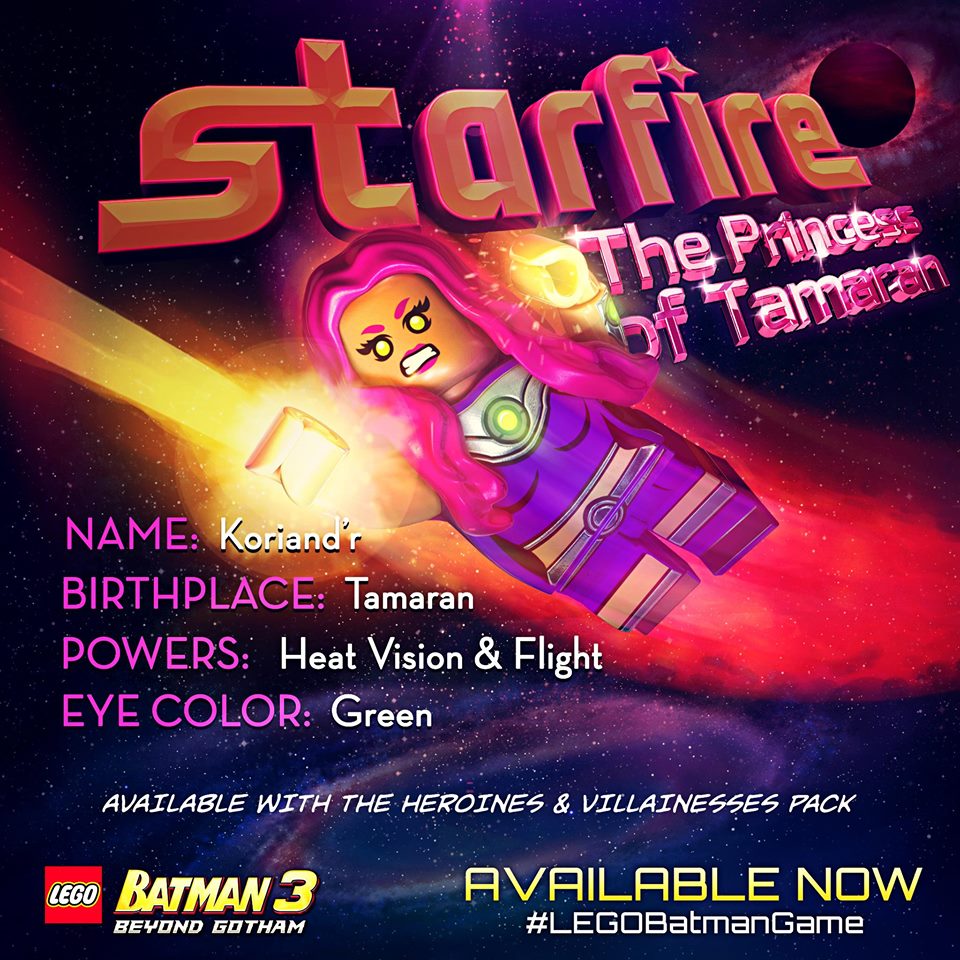 The latest character pack has released for LEGO Batman 3: Beyond Gotham. The new pack features heroines and villainesses from the DC Universe.

Amongst the character included in the pack is a few TBU characters that fans will enjoy including Batwoman and Spoiler. The other characters include Starfire, Power Girl, Raven, Vixen, Terra and Mera.

This pack was announced back in January, and is likely the last pack of DLC for the game. The plus side is that is free, so download it today.