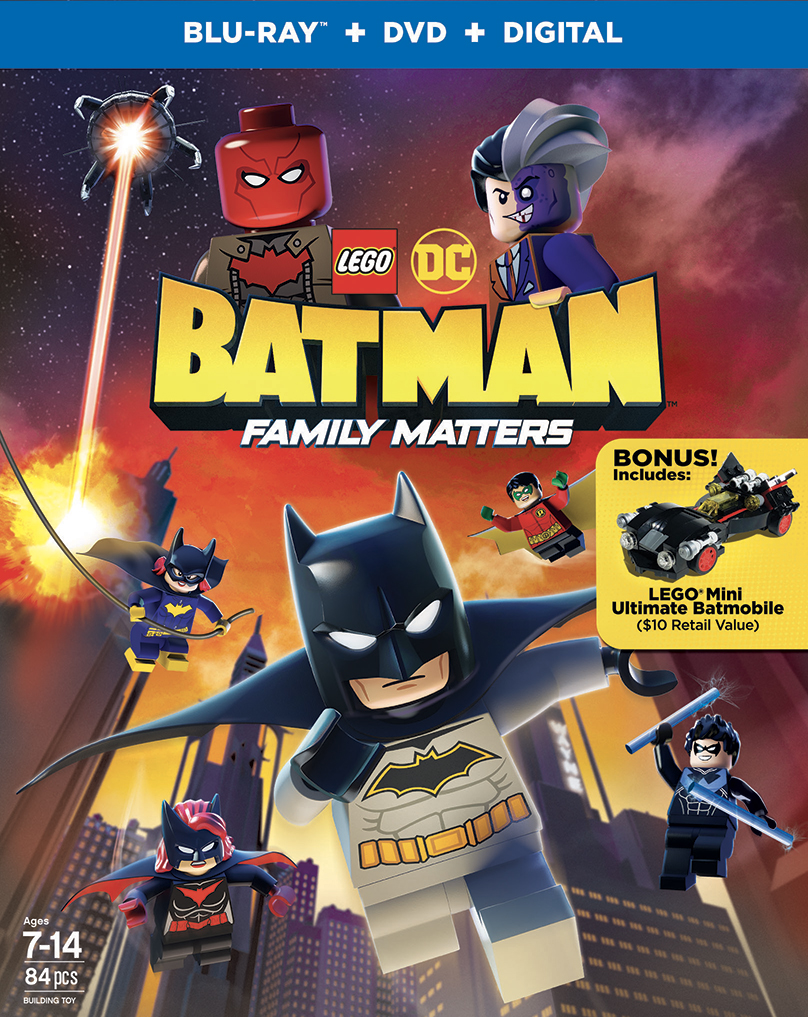 Warner Bros. has announced a brand new animated film as part of the established LEGO DC Super Heroes line. This time around all of the focus is on the Bat-Family. LEGO DC: Batman:  Family Matters deals with members of the team getting an invitation from Red Hood. The film will release on Blu-ray, DVD and digitally on August 6. Both physical versions of the film will also include a special eighty-four piece LEGO batmobile set.

In LEGO® DC: Batman – Family Matters, suspicion is on high after Batman, Batgirl, Robin and other Super Heroes receive mysterious invitations. However, family values must remain strong when Batman and his team encounter the villainous Red Hood, who is obsessed with destroying the Bat-family and all of Gotham City.