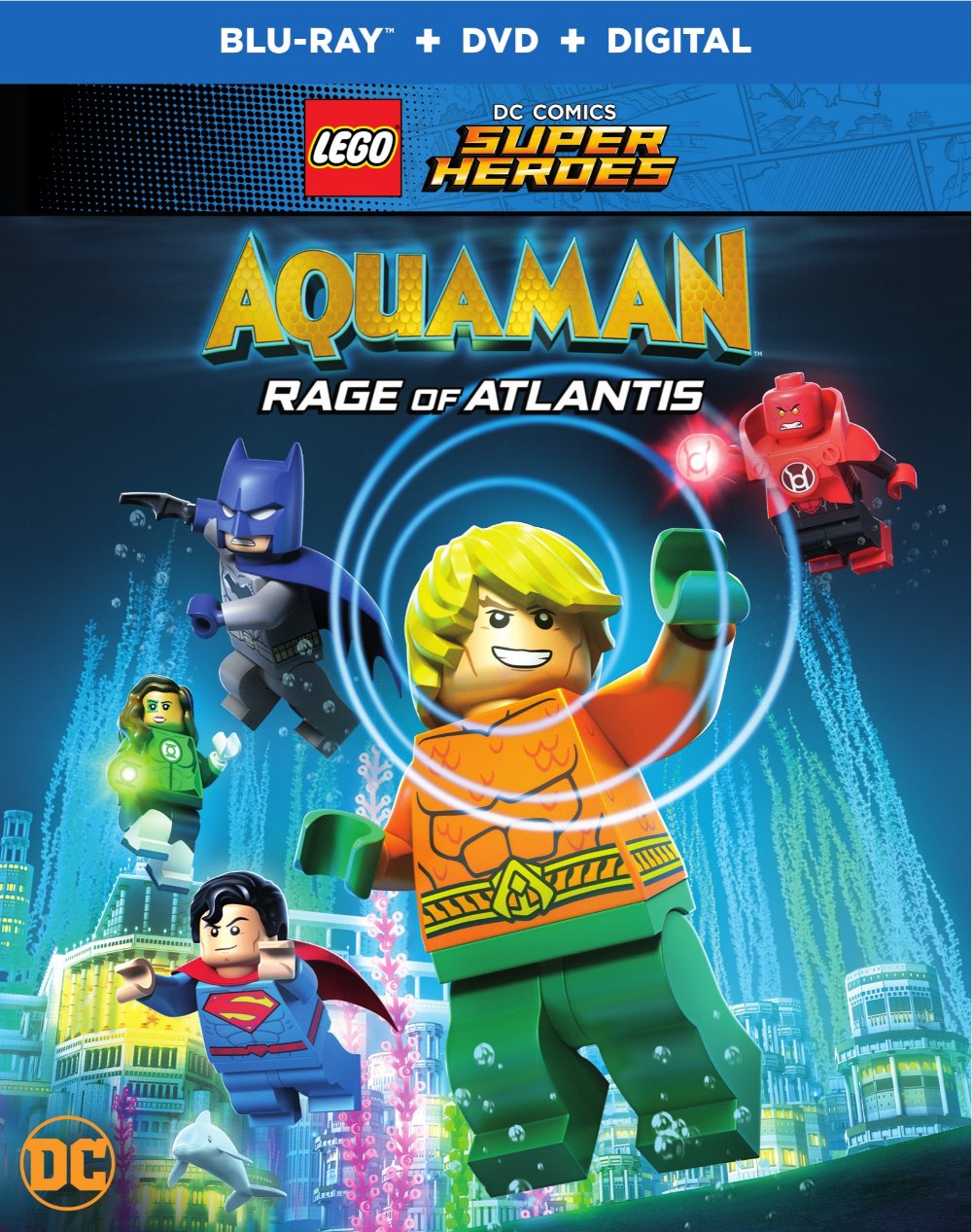 While we patiently wait for the live-action Aquaman film to hit theaters, Warner Bros. Animation is hoping to hold us over with the release of LEGO DC Super Heroes: Aquaman – Rage of Atlantis, coming July 31 on Blu-ray, DVD, and Digital.

The King of Atlantis must make some difficult decisions to ensure the future of his ocean realm. Under attack from Atrocitus and the Red Lanterns, Aquaman realizes he must relinquish his sovereignty and go on a journey to regain his confidence before returning to his rightful throne. Along the way, Aquaman reunites with the Justice League – including Batman, Superman, Wonder Woman and newest member Jessica Cruz/Green Lantern – to conquer Atlantis’ latest enemy and reemerge as the ruler of the Seven Seas.

The movie, directed by Matt Peters and written by Jim Krieg, will feature the voices of Dee Bradley Baker as Aquaman, Jonathan Adams as Atrocitus, Nolan North as Superman and Troy Baker as Batman.

In addition to the release of the new film, the Blu-ray and DVD releases of the film will include an exclusive Jessica Cruz as Green Lantern minifig. With the Flash getting the LEGO spotlight earlier this year and now Aquaman, what other DC characters would you like to see get the LEGO treatment?