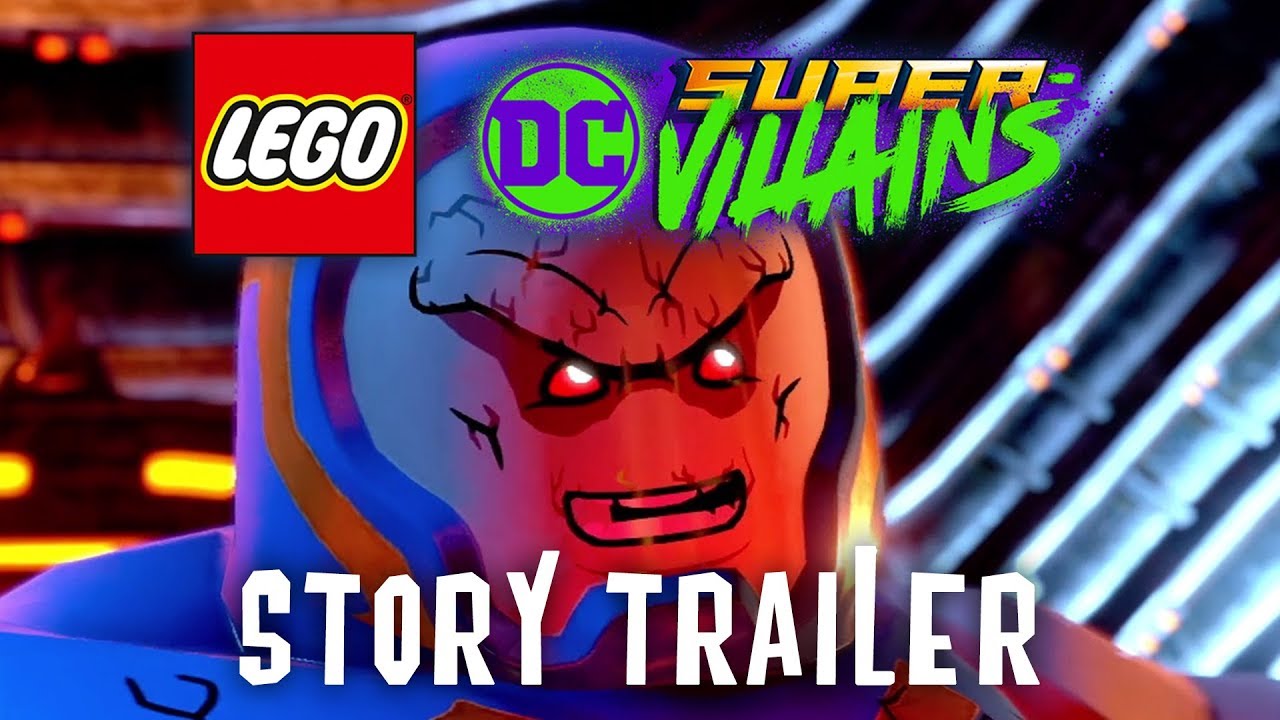 LEGO DC Super-Villains is scheduled for release October 16 and leading up to the release we’ve got a new story trailer for the game. The premise of the game sees you the player creating your own super-villain to team up with the DC bad guys in their fight against the Crime Syndicate, evil versions of the heroes we know and love. This is the first time that the LEGO DC games are giving you the chance to fully create your own avatar in the story, with previous games allowing customization of minifigures for use in previously completed game missions. Check out the trailer below:

It looks like Darkseid is the force behind the Crime Syndicate and the trailer also points out that the Justice League are missing-in-action. I predict they’ll return by the final act of the story. A deluxe edition of the game is also available that includes all planned DLC as well as access to the DC Super-Villains: TV Series DLC Character Pack. The physical release of the game will be packed with a Lex Luthor minifg while the digital version comes with Justice League Dark DLC.

Be sure to check out LEGO DC Super-Villains when it’s released October 16 for all current-generation consoles.