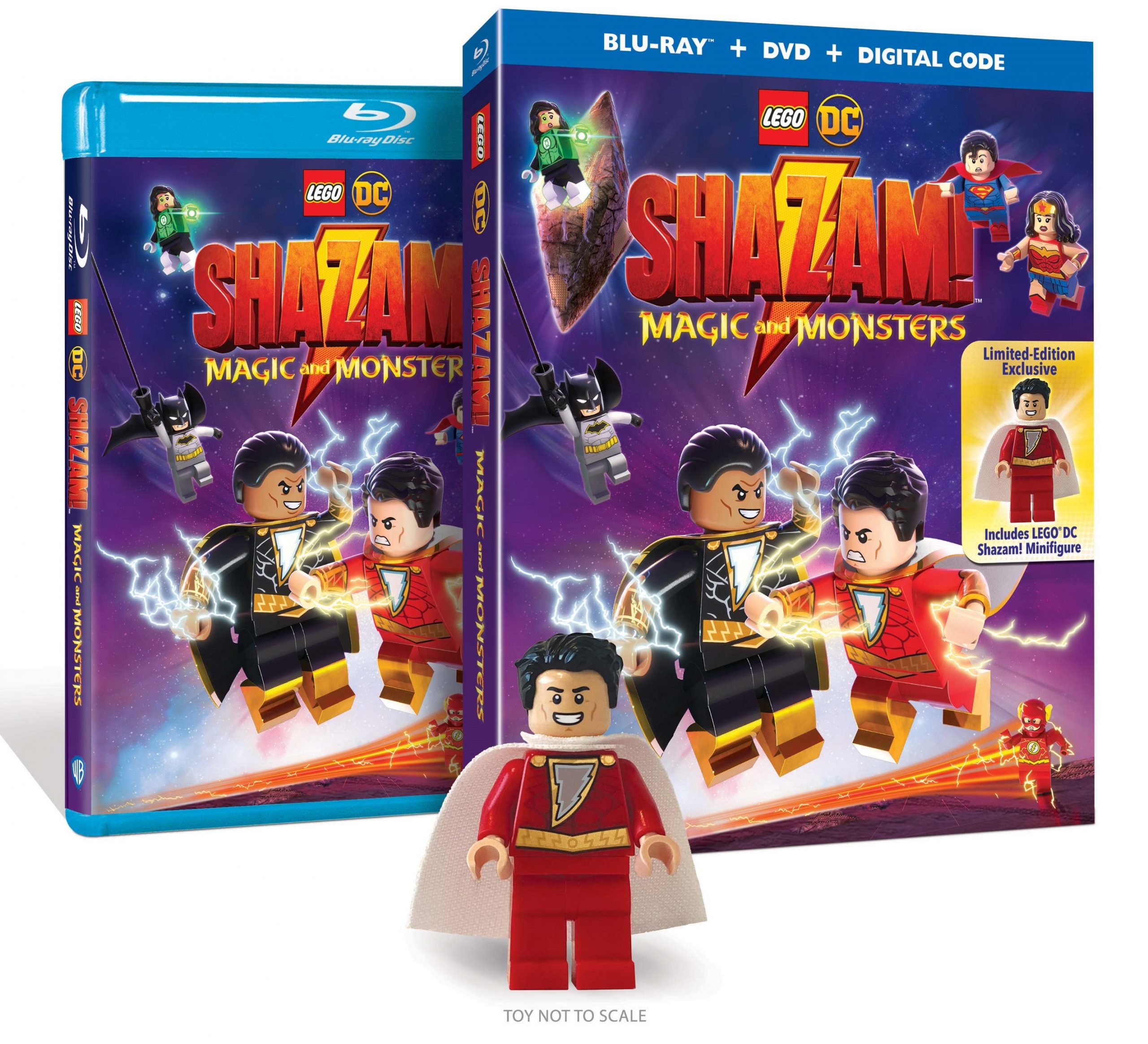 Warner Bros. has announced the latest addition to the long-running animated LEGO films based around the DC superheroes. This time around, the film will pick up a thread from the last film, LEGO DC: Batman: Family Matters, which showcased a tease of an origin for Shazam. Now the latest film, LEGO DC: Shazam: Magic and Monsters, will focus on Billy Batson. But would it be a LEGO DC film without Batman? Here is the official description of the film.

Youth, truth and trust are central to the latest brick-tastic adventure when DC’s Justice League welcomes its newest – and youngest – member in LEGO® DC: Shazam! Magic and Monsters, an all-new, full-length animated feature film in the LEGO DC series.

In LEGO DC: Shazam! Magic and Monsters, 10-year-old Billy Batson shouts a single word and, with lightning bolts flashing, he transforms into Shazam!, a full-fledged adult Super Hero. It doesn’t take long for Superman, Wonder Woman, Batman and the rest of the Justice League to take notice and invite the earnest do-gooder to join the team. But to become a member, Billy must reveal his true identity. While fighting off the evil Mr. Mind and Black Adam, Billy learns that he must trust others – and that nothing creates trust like helping those in need. Join the good fight with this giant-sized LEGO DC adventure!

The film will release digitally on April 28. It will then release on Blu-ray and DVD on June 16, 2020 and will feature a special Shazam minifig packaged with the film. Check out the trailer below and let us know what you think. In the meantime, you can preorder the film over at Amazon.