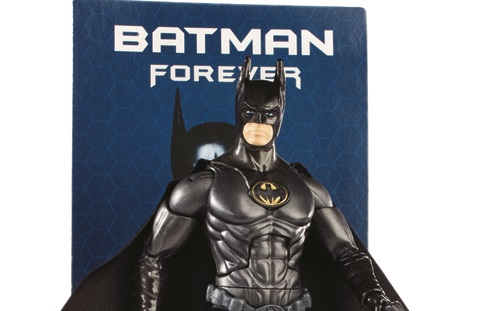 Just when you thought you couldn’t have too many action figures, it has been revealed that Mattel will be releasing a new Batman figure based off the appearance in Batman Forever. While it probably was not something you expected to release given that the film released over twenty years ago, but Mattel is doing it anyway.

This new figure is part of a new line within the DC Multiverse action figure line. The figures will be six inches tall are described as ultra-detailed. The comes with interchangeable parts and a unique figure stand. Also part of the first wave will be the Flash based off the appearance from the 1990’s television series. There is expected to be a Lynda Carter Wonder Woman figure as well, but it seems to be delayed and will not release with the first wave. Expect Batman and Flash to hit stores this March.