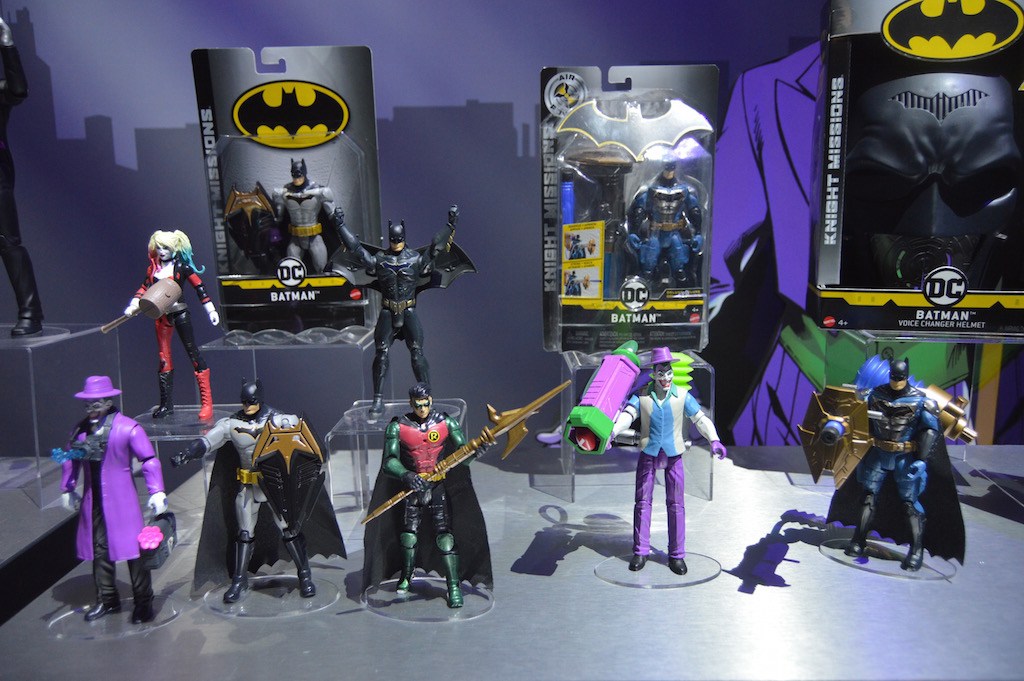 Toy Fair 2018 has come and gone leaving in its wake a metric ton of toy and collectible announcements which we have been compiling and delivering to you. This collection highlights all the announcements made by Mattel at the convention. Since we weren’t in attendance at Toy Fair, special thanks to Toyark, The Fwoosh and Toy Hype USA for the images below. Without further ado, let’s dig right in.

First up are new additions to the Multiverse collection of toys that have previously featured characters from the comics, films, and TV series. The new additions include comic-versions of Batman, which is set to be released this spring. This Fall, Walmart will get exclusive releases of Spoiler and Harley Quinn. It looks like fans of Detective Comics are really the winners with these new figures. Each will retail for $19.99. In addition to the standard Multiverse figures, there was also a new premium figure to join the Batman Forever figure previously announced. A prototype for Penguin from Batman Returns was shown, but no word on the planned release. There was also an Injustice Batman shown off which will be a diecast figure and be exclusive to Gamestop. Expect that one this fall for $29.99. For the younger fans, Fisher Price is also releasing a new Batcave playset with a mini Batman figure as part of their DC Super Friends Imaginext line of toys. The set will retail for $49.99 and be released this fall.

The next set of figures the Mattel announced are part of a new series called Knight Missions highlight Batman, his allies, and his rogue’s gallery. These figures include two variants of Joker from The Killing Joke, Harley Quinn, Robin, and three variations of Batman.

Also revealed are what looks to be the recently announced 12-inch versions of Batman, Joker in a tuxedo, Robin, and Batgirl all also under the Knight Missions banner. Of note is Batgirl is in a more classic costume but retains her purple coloring from the Burnside run of the character.

All those new Batman toys just coming from Mattel is a sign that fans and collectors will definitely need to break open their piggy banks this year. What reveal are you most excited about? I think the Spoiler figure is perhaps the biggest surprise, but let us know your thoughts in the comments below.