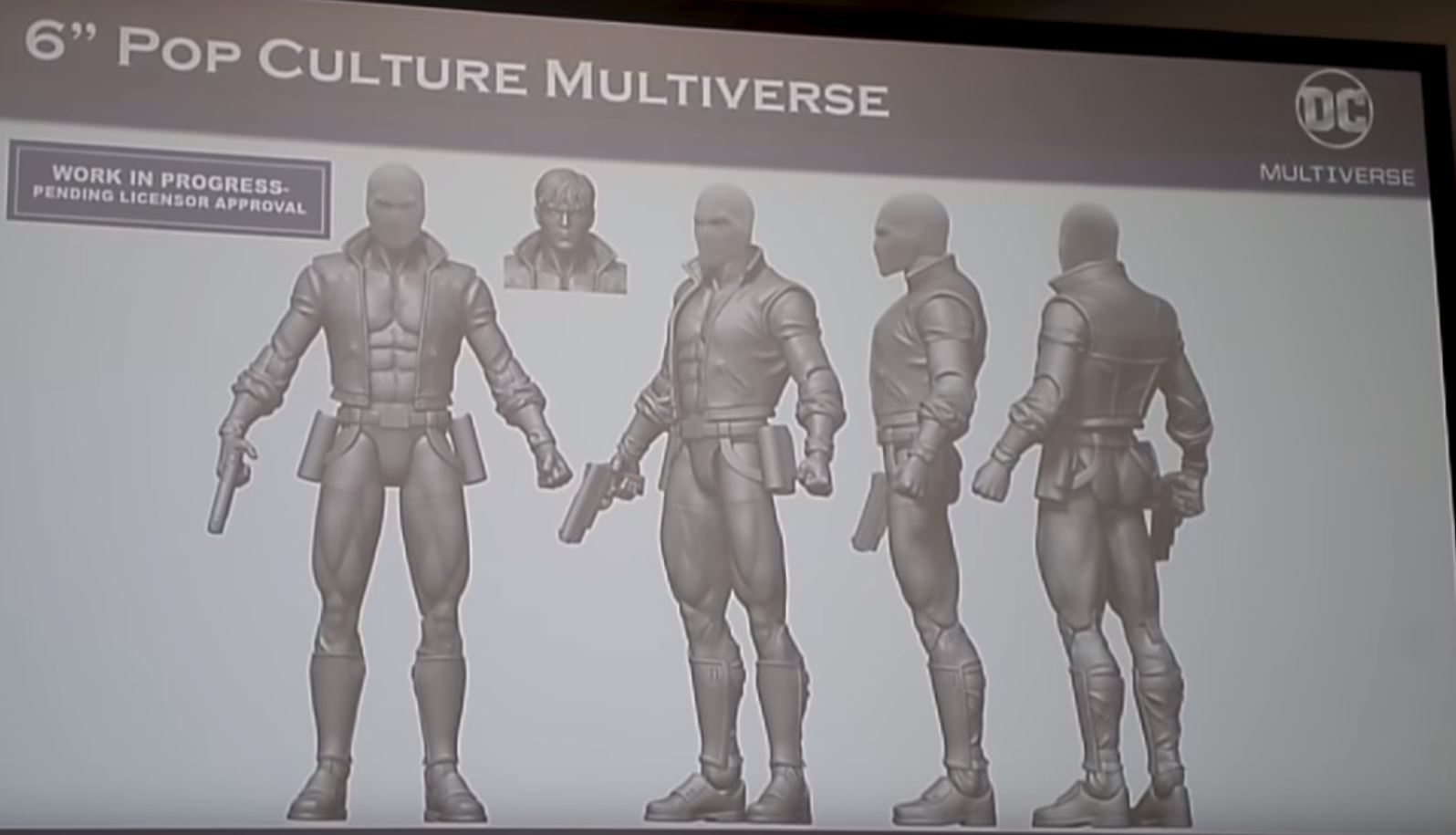 Mattel continues to be the lead toy manufacturer for DC Comics properties and their offerings continue to be the ones that dominate store shelves in toy aisles across the globe. Every year, Mattel heads to Comic Con to show off the latest and greatest that they have to offer for collectors. While the main focus was on Aquaman, with the film releasing this December, there were new products that were announced at the Mattel DC Multiverse panel, specifically for Bat-Fans. Here are just a few of the highlights sure to be of note for the Gothamite in all of us. Some of these were previously revealed at Toy Fair, but this is what they featured during the panel. Photos below courtesy of Toyark. -The DC Multiverse Harley Quinn with Ankle Rockers will be a Walmart exclusive. Harley will include a Mother Box. – Spoiler will also be exclusive to Walmart and include a Darkseid head to use with Rebirth Lex Luthor. -The Gotham By Gaslight Batman will feature removable knives and alternate hands. -Batman Beyond will have batarangs, wing pack and an alternate head. -Wave 13 will feature a new Nightwing figure. The new figure will have interchangeable hands and escrima sticks. -There will also be a Batman Ninja Batman as part of the series which will include six different hands and two swords. -The Collect and Connect figure for Wave 13 will be the Batman Ninja Joker. -Over in the Signature Series, new additions including Penguin from Batman Returns and Joker from The Dark Knight will be added. -There were a couple of sneak previews for 2019, but none of these have any assigned waves at this point. More of a hint at what is coming than anything else. First up is Tim Drake as Red Robin. -The last reveal was that rounding out the Bat-Family is the ling awaited Jason Todd as Red Hood. This is one of the final figures from the Bat-Family that has yet to release.

And that wraps up the coverage of everything revealed at the convention. Which figures are you looking forward to the most?