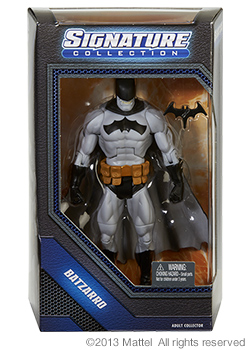 We have reached the end of Matty Collector's DC Club Infinite Earths DC Signature Collection subscription. For 2014, there will be 4 more figures released but those will be the last figures for the subscription. Still, the subscription had a good run giving DC fans their favorite comic book characters as figures.

The last figure for 2013 is Batzarro from Matty Collector. The character was created by The Joker to be the evil version of Batman. The figure was sculpted by Four Horsemen and will have the eyeless cowl, its own spiked cape, batarang and a upside down utility belt.

What will also come with the figure is a code on the back of the outer mailer box is a free digital download of Batzarro's comic book story. This figure is available for $20.00. 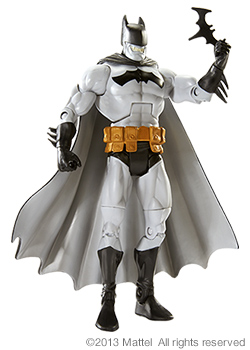