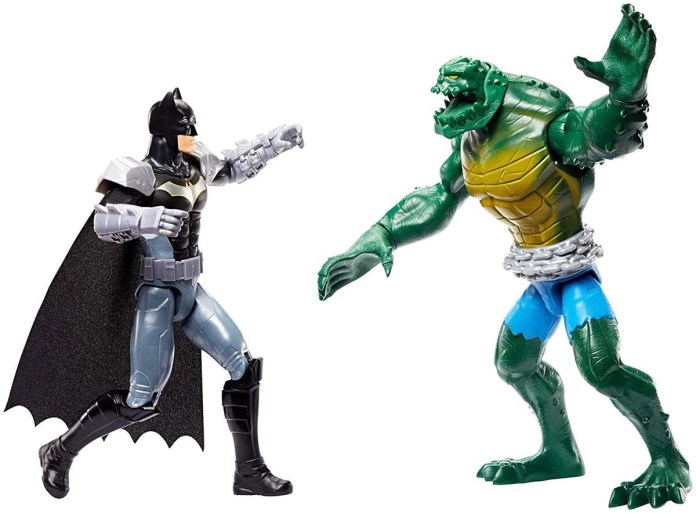 Mattel isn’t planning on holding back in 2019, Bat-Fans.  They are releasing a plethora of figures, and it looks like they are not going to ignore the twelve-inch figures in the least. Slated for a June 2019 release, Mattel has showcased a fair sampling of villains and a variety of Batman costumes. First up is DC Comics Batman Missions Albino Man-Bat Action Figure.  The massive Man-Bat has piercing red eyes and cloth wings, along with a striking detail of Arkham Asylum pants.  With eleven points of articulation, you can pose this fearsome foe just about any way you want. Also from Batman rogues gallery is DC Comics Batman Missions Scarecrow Action Figure, who also features a stunning eleven points of articulation.  Featuring a style that looks like a combination of his classic comics appearances and the look featured in Batman Begins, this version of the Scarecrow is truly frightening. Also in the Batman Missions line will be Joker, Batman, Robin, Nightwing and Batgirl.  Images have been released for the main Batman design, as well as an Anti Fear Toxin Batman design and a Thrasher Suit Batman design. Fans will also want to be on the lookout for the 2-pack featuring Batman fighting Killer Croc.

All of these figures look like they will be high on the playability scale for younger fans, and might still hold a place in the hearts of older collectors as well. Take a look at some of the other twelve-inch figures related to the DC Universe that Mattel will also offer as well. (photo courtesy of Figures.com)