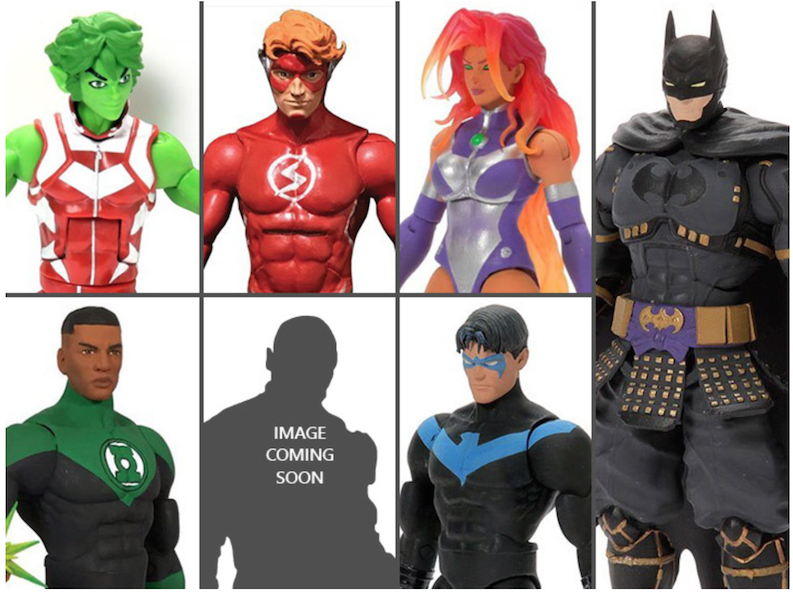 Solicitations have been released and pre-orders announced for the upcoming Wave 11 of the DC Multiverse figures.  The latest wave will feature a Collect & Connect Ninja Batman figure that can be completed after acquiring all the pieces from the other figures in the wave. Each of these six-inch figures will feature twenty points of articulation, as well as detailed sculpts and paints.  So who is in this wave? Nightwing, Starfire, Beast Boy, Green Lantern John Stewart, Black Lightning, and Flash Wally West.  All of the figures look great and ready for action! You can pre-order either the entire wave or specifically the solo TBU figure, Nightwing, over at Entertainment Earth now.