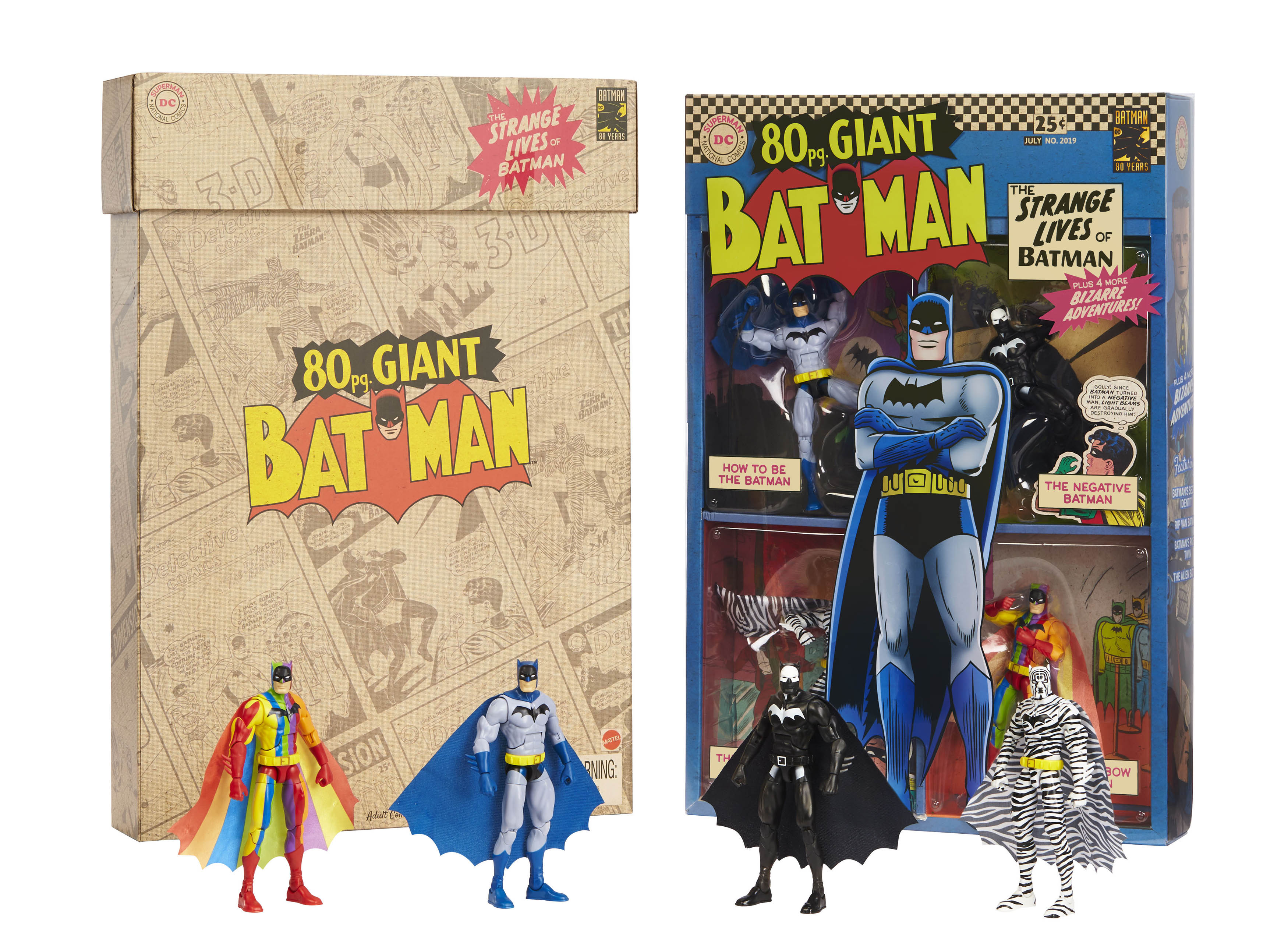 San Diego Comic-Con is quickly approaching and Mattel has announced their exclusives for the convention including a special pack featuring Batman. This set is an incredible four-pack of six-inch figures showcasing a variety of costumes from Batman’s eighty-year history.  The 80 pg. Giant Batman: The Strange Lives of Batman Box Set will be priced at $80. Starting June 17, you can pre-order this item from Mattel and it will ship after the convention.

Celebrate DC’s silver age with four captivating Batman™ action figures from a beloved era in comics’ history! Each version of the legendary Super Hero is highly detailed, with premium costume, cloth cape and an enhanced 23 points of articulation. Silver Age Batman™ dons his iconic blue and grey Batsuit with prominent utility belt. Negative Batman™ wears his black costume from #284, when he was struck by a crime scientist’s ray and rendered light averse. Zebra-Batman™ confronted a magnetically charged Super-Villain in #275 who scrambled his powers and blanked his Batsuit into black and white waves. The Rainbow Batman™ from #241 vies to save Robin™ by changing into bright colors and successfully distracts murderous thieves. This compelling action figure set also includes four interchangeable heads to recreate even more Silver Age heroes including: Rip Van Batman™ from #119, Alien Batman™ #251, the Robot Twin of Batman™ from #239 and Bruce Wayne™. With the wide variety of commemorative figures, fans can create a dynamic displays and unique vintage collection! The retro comics’ graphics packaging also makes the 80th Anniversary: Silver Age of Batman™ set an extraordinary gift. Colors and decorations may vary.