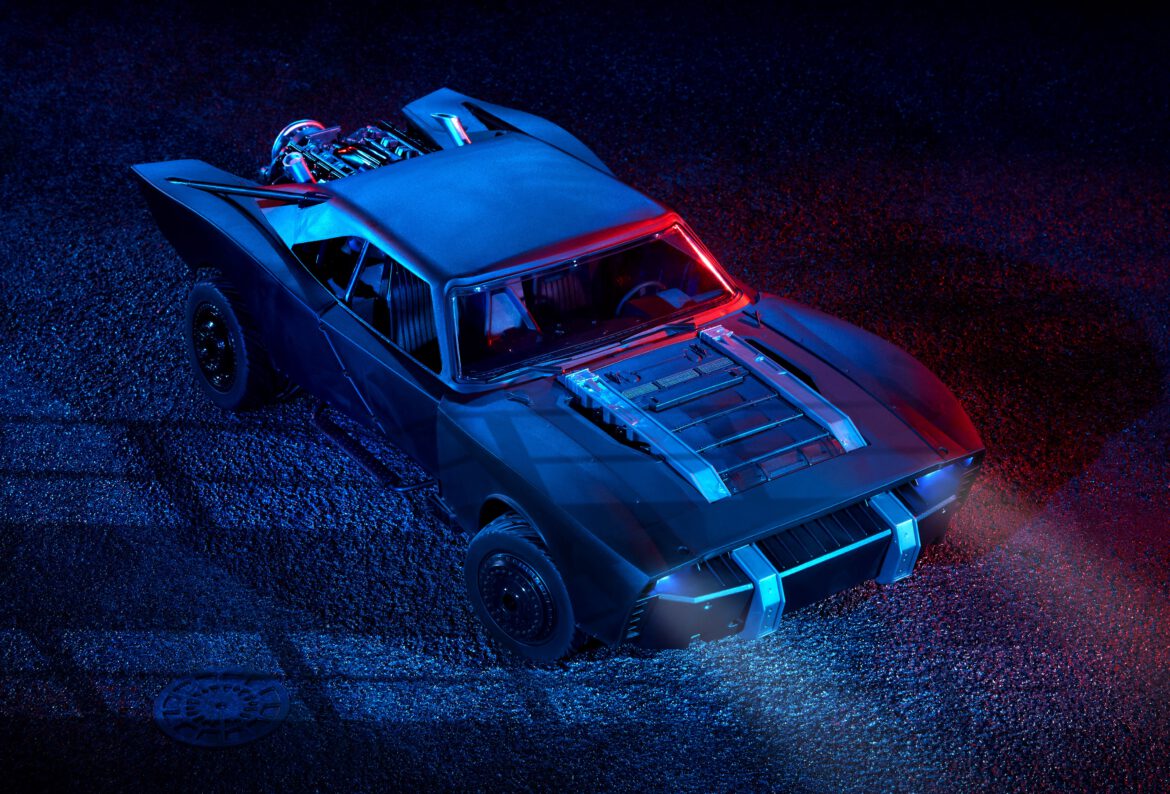 Mattel Creations has announced a brand new offering from Hot Wheels which is the RC 1:10 scale Batmobile from the upcoming The Batman. You may be thinking that this was already announced and you would be partially correct. Back in October, Mattel announced an RC Batmobile for The Batman, but that one was much more highly detailed with additional features. This new Batmobile appears to be a scaled-down version of the one that previously sold out in hours. The new remote control vehicle can reach speeds up to ten miles per hour, has working front headlights as well as a rear-jet exhaust glow, and is rechargeable with up to twenty minutes of continuous play. And on top of all of that, it is also big enough to fit most seven-inch action figures. This new Batmobile is priced at $100 and goes up for preorder at 11 am CT on February 24. Don’t wait, because like the last drop, they sell out quickly. The link to purchase it is at Mattel Creations, which will go live when the preorders open up.

BUILT FOR VENGEANCE: Every generation has a Batman™ and every Batman™ has a Batmobile™. And just like the hard-edged hero, this muscled-out monster is built to take on the meanest streets of Gotham City™ with undeniable fury.

VENGEANCE HITS THE STREETS. The Hot Wheels R/C The Batman™ Original Edition Batmobile™ is a 1:10 scale version of the iconic car designed to put the movie right into your hands.

THE ENGINE ROARS. THE CRIMINALS COWER. Fans will love the pistol grip remote control for better high-speed maneuverability at 10+ mph.The full-function R/C Batmobile™ has USB charging capability, rear wheel drive, and a suspension to handle tough terrain. The realistic LED lights in the headlamps and rear jet make it look menacing both coming and going. The cockpit is fully realized with a vacuum-formed interior complete with visible gauges and dials, designed to suit most 7-inch action figures.

JOIN THE FIGHT AGAINST CRIME: We’re super excited to offer this version of the iconic Batmobile™, but it will only be available for a limited time. Presale for the Original Edition Batmobile™ begins on 2/24 at 9 AM PT — only at MattelCreations.com.