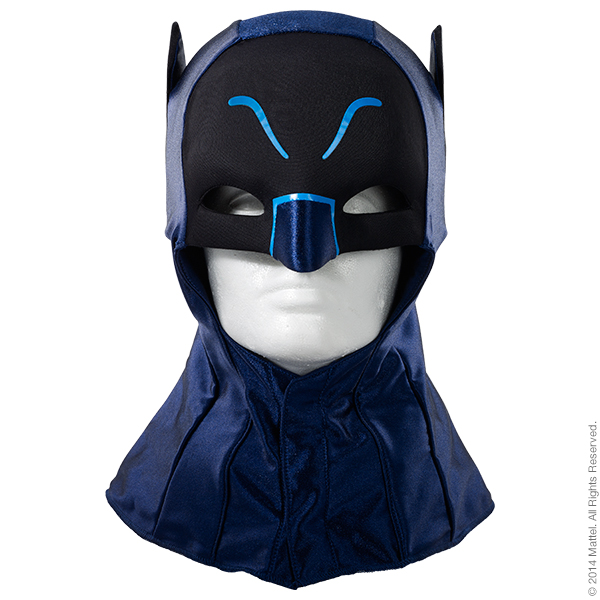 Mattel has some reveals for Preview night of Comic Con International. Here are the details.

Epic Creations™ DC Classic TV Series Batman™ Cowl, $100– Featuring a hard helmet under real cloth, this Batman™ cowl is the perfect companion to the Batman™ utility belt that’s on sale at SDCC and at MattyCollector.com! One size fights most crime fighters. Available 9/15

DC Universe Super Powers Figures, $30 each-Celebrate the 30th anniversary of Super Powers! This six figure series arrives in Four Horsemen style with packaging that pays homage to the classic ’80s toy line. Figures in Wave 1 include Batman™, Superman™, and Wonder Woman, and figures in Wave 2 include Gold Superman™, Green Lantern as The Riddler, Mr. Mxyzptlk, and Kalibak is the collect and connect figure. Wave 1 ships in September, Wave 2 ships in October.

Also revealed was the packages for the DC Universe Total Heroes™ Batman™ Beyond and DCU Damian Wayne.